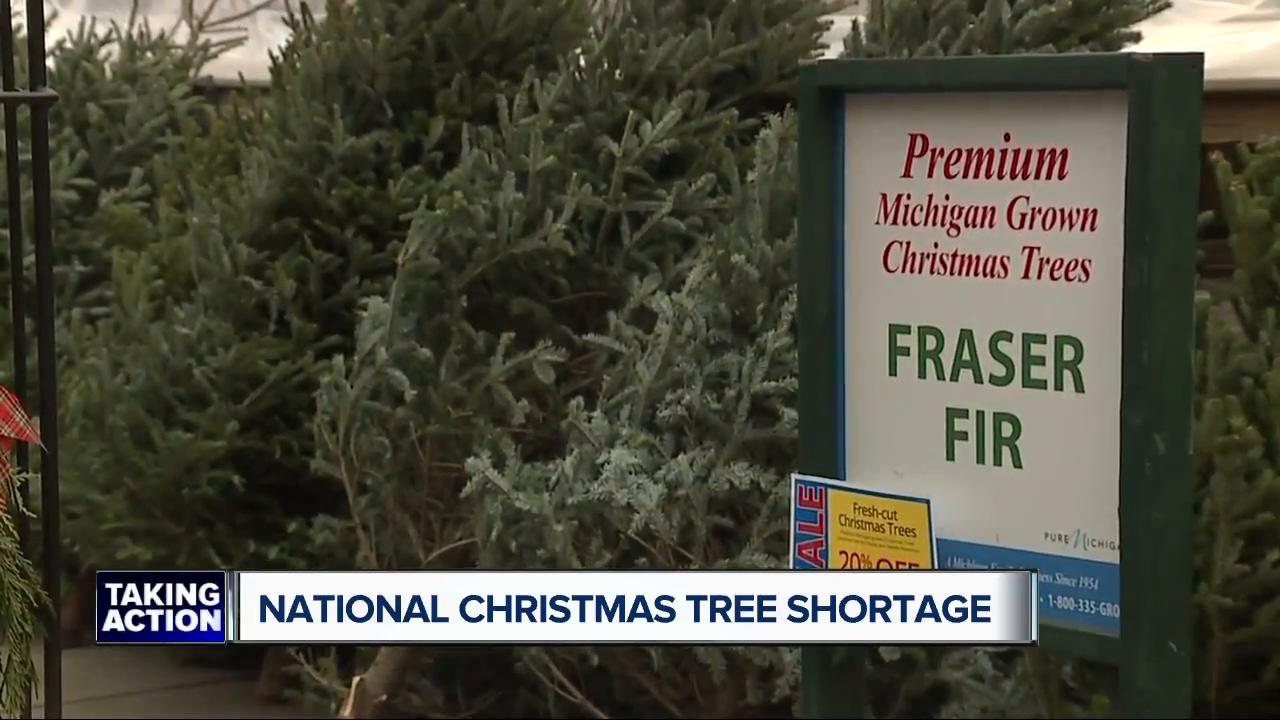 As people look for the perfect Christmas tree, some are noticing a shortage of the popular Fraser Fir.

If you have your heart set on a certain kind of Christmas tree, don’t waste time getting to your local tree lot.

That’s because there’s a shortage this year, impacting one of the most popular trees for families to buy during the holidays.

The shortage refers specifically to the Fraser Fir. Families love it because it’s least likely to shed, is sturdy, and holds ornaments well.

Christmas tree buyer Darrell Youngquest says the Fraser Fir was once 90 percent of the store’s supply, but this year is down to just 40 percent of supply.

The Michigan Christmas Tree Association says what we’re seeing is the fallout from the 2008 Financial Crisis. When the economy took a turn, growers got out of the business, some closed their farms, and they also did a reduction in planting.

Because trees can take ten or more years to grow, the lack of inventory is just being felt now, and it could take five more years before growers get caught up, forcing sellers to get creative on alternative trees to cut down.

This year, Youngquest says he’s had replace his supply with Douglas Fir and what he thinks is a close second to the Fraser, the Balsam Fir tree. Branches are similarly sturdy, and its moderately priced but the downside is the needles don't hold up as long as a Fraser Fir.

It could shed a little more, so if your heart is set on the Fraser Fir then Youngquest urges buyers to go get it while supplies last, even if you’re not ready to use it. Store it in a shady spot, cold garage, some place the sun is not going to get to it.