How to spot and protect yourself from hidden fees

As companies pile on sneaky fees that result in higher bills, CR gives you tactics to spot and avoid them
Posted: 10:40 AM, Jan 17, 2020
By: Consumer Reports 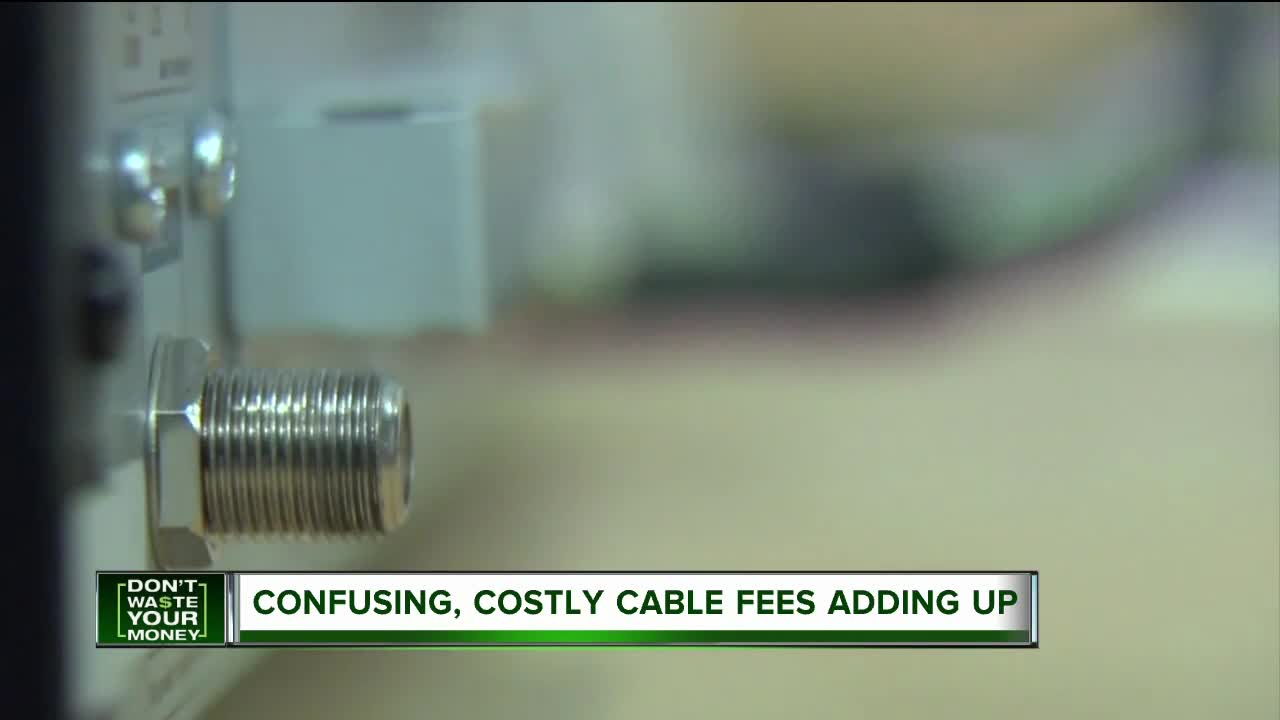 There’s the West Chester, Pa., woman irate over the $25 broadcast and sports fees she pays every month though she never watches sports—and about the $150 cancellation fee when she quit her provider.

Or the traveler in Texas who found that every time he went through a highway toll, the car-rental company dinged him $15 on top of the toll price, leading to an extra $90 in “administrative fees.” “They will charge $15 to process even a 31 cent toll charge,” he says. “Completely ridiculous!”

How about the music lover in Charlotte, N.C., shocked to find that after fees were added in, his concert ticket actually cost $123.18, not $99.95. Why can’t it be that “the price shown is the price paid?” he wanted to know.

Those are just three of the roughly 3,480 Americans who wrote to Consumer Reports over the past 13 months angry about the growing number of fees showing up on their bills, all as part of CR’s “ What the Fee?! ” campaign. “And more stories keep coming every day,” says Anna Laitin, director of financial policy at CR. “The stories show just how many fees people face, and how frustrating people find them.”

The High Cost of Hidden Fees

For a typical American family, these fees can pose a financial strain, adding up to thousands of dollars a year in extra costs (see “A Year in Fees: One Family’s Story”). On a national level, data from a few industries alone show that add-on charges are siphoning billions of dollars from Americans’ wallets every year.

In the case of airlines, for example, the two main travel charges— reservation change fees and baggage fees —accounted for a combined $7.6 billion in revenue in 2018, up from $6.8 billion in 2015, according to the Bureau of Transportation Statistics.

For banks, overdraft fees are a growing source of revenue, with the largest banks pulling in $11.5 billion in overdraft charges in 2018, up from $11.2 billion in 2015, according to an analysis of Federal Deposit Insurance Corp. (FDIC) data by the Center for Responsible Lending, a nonprofit consumer financial advocacy group.

The hotel industry, meanwhile, raked in a record $2.9 billion in resort fees and other fees and surcharges in 2018, with even more expected for 2019, according to Bjorn Hanson, Ph.D., a hotel consultant and clinical adjunct professor at the Jonathan M. Tisch Center for Hospitality at New York University.

What Are We Being Charged Extra For?

The explosion in add-on fees may be an outgrowth of the rise of online shopping websites such as Expedia and Hotels.com, which allow consumers to quickly compare prices from multiple sellers and to zero in on the cheapest options. That stepped-up price competition has helped to lower prices for many goods and services.

But there’s an unintended consequence: As companies strive to become the lowest-price provider, they have a powerful incentive to make their prices appear lower, often by labeling a portion of the cost as a fee, says Glenn Ellison, a professor of economics at the Massachusetts Institute of Technology who has studied online pricing . When disguised as fees, these costs may not be picked up by online shopping portal engines, though some websites may eventually capture them.

To be sure, as long as fees are disclosed somewhere in the shopping process, consumers can, theoretically, calculate their true costs. But the reality is that add-on fees can be difficult to spot, requiring consumers to click through multiple web pages or scour fine print to get the information—a gradual reveal strategy that economists call drip pricing.

And few Americans today—many of them juggling jobs and families—have the time, energy, or desire to research a potential $30 fee, says Devin Fergus, professor of history, black studies, and public affairs at the University of Missouri and author of “Land of the Fee” (Oxford University Press, 2018).

Drip pricing works, too. “Once people have spent time searching a price, they are less likely to start over when they see the fees,” says Vicki Morwitz, a professor of marketing at the New York University Stern School of Business. “They often mistakenly assume competitors will have the same fees,” she says.

How to Fight Back—and Win

A few years ago, federal regulators cracked down, at least somewhat, on companies that didn’t disclose their fees up front. The 2009 Credit Card Act, for instance, required banks to disclose fee changes and interest rate hikes in advance. And in 2012, following a Federal Trade Commission conference on drip pricing , the agency sent a warning letter to hotel operators reminding them to disclose resort fees.

But in recent years, there has been little regulatory action to rein in fees. The FTC declined to comment for this article, and the CFPB did not respond to repeated requests for comment.

Still, as CR’s survey showed, consumers themselves are starting to push back. Fourteen percent of them said they had filed a complaint about fees with a company, a government agency, or the Better Business Bureau. And 16 percent said they posted comments or reviews about their experience on social media.

The first step in fighting back is recognizing fees in the first place. And with more and more Americans paying bills automatically, that doesn’t always happen. So it’s important to review your statements periodically.

“To avoid being overwhelmed, pick a bill or spending category every month, and review them for unexpected charges,” says Bob Sullivan, an independent journalist and author of “Gotcha Capitalism” (Ballantine Books, 2007). Over a year, “you’ll have a good picture of your finances, and you’ll probably catch a few surprise fees,” he says.

CR’s finance experts are pushing for reform, to make the marketplace fairer. “Fees should not be used to hide price increases,” Laitin says. “All fees consumers must pay to get a product or service should be wrapped up into the base price.”

Until that happens, though, consumers need to be vigilant. So we asked CR’s car, electronics, financial, and utility experts which sneaky fees to watch out for, and for tips on how to beat them.