Strikers call for GM to save the Warren Transmission Operations Plant 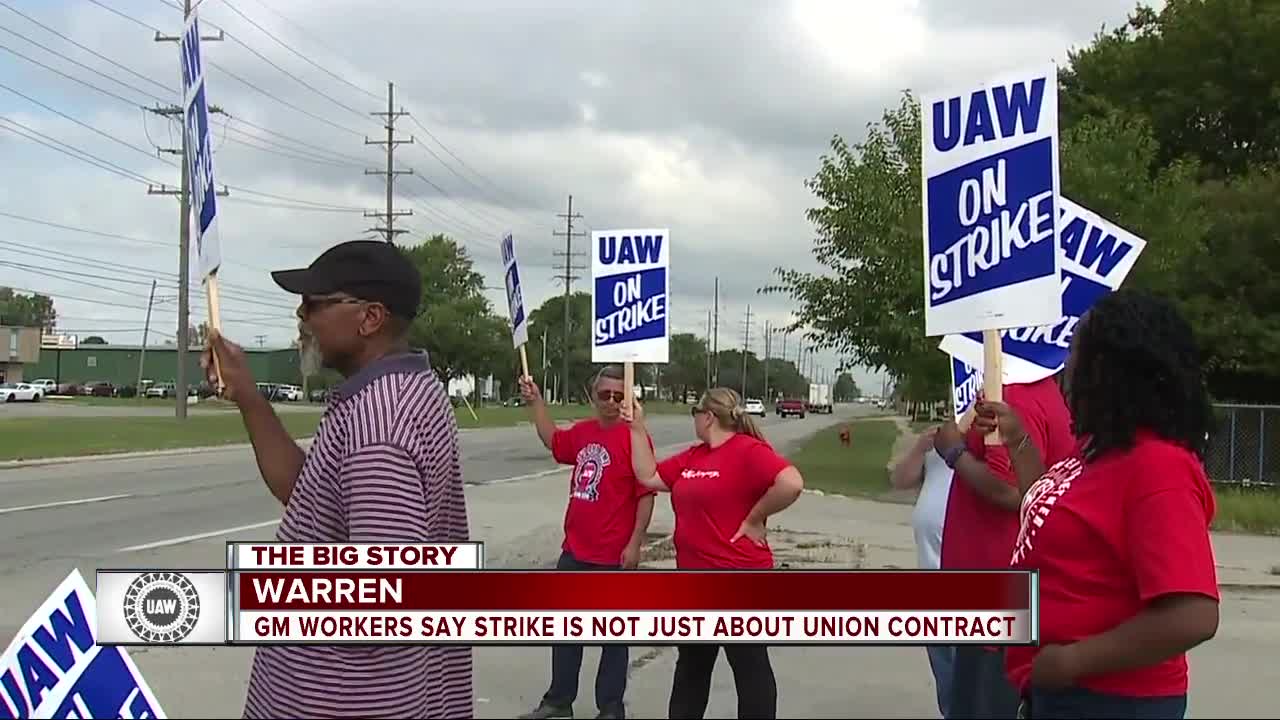 General Motors workers say the strike is about saving jobs, not just the union contract.

Ellton Chester picked his 4-year-old son Mason from his first day at a new school in Eastpointe. Mason has big dreams.

“What do you want to be when you grow up?” his dad asks him.

“A policeman,” he responds.

Chester says he went on strike with other GM workers, not just for a contract, but for the dreams of his sons.

RELATED: UAW workers walk off the job at General Motors, national strike underway against the automaker

“Getting up this morning I was like, son, this is the first day of a new life for you and it is also the first day of something great today and I am looking forward to whatever is about to occur,” said Chester.

Chester worked at the GM Warren Transmission operations plant for five years before it shut down in July. Since, he has supported Mason and his new 5-month-old son Cameron with unemployment pay and savings.

“It’s a struggle, but hey, we are going to make it happen,” said Chester.

He and others outside this plant are fearful the jobs that were in this plant will end up in another country if the UAW doesn’t stand its ground.

“Our local is standing up, getting some things done and we are not going to stop this time,” said Chester.

“To not open these plants up and put work back in these plants, that is B.S.,” said Martin Sullivan, a striking GM worker demonstrating outside Warren Transmission Operations.

Sullivan is from New Baltimore, but has been working at Flint Truck and Bus. He would like to see new jobs in Warren, closer to where he lives.

Workers speak freely, but strike captains have a script from the union, saying why they are out here.

Trucks are honking as they pass striking UAW workers outside GM. Are you striking? How is it impacting your family? pic.twitter.com/lagLjf5rhg

“Fair wages. Affordable health care. Our profit sharing. Job security and a path to permanent workers for temporary employees,” said Mike Klembay, a strike captain, as he read his notes from the UAW.

“My son wants to be a police officer, so I want to make sure I can provide for this,” said Chester.