Would Michigan survive a zombie outbreak?

What do you consider when looking for a place to live? School districts, crime rates, cost of living and so on. Have you ever considered the zombie apocalypse?

Well, Estately Real Estate Search did, and they looked at several factors when mapping out which are the States most likely to survive in a zombie apocalypse. 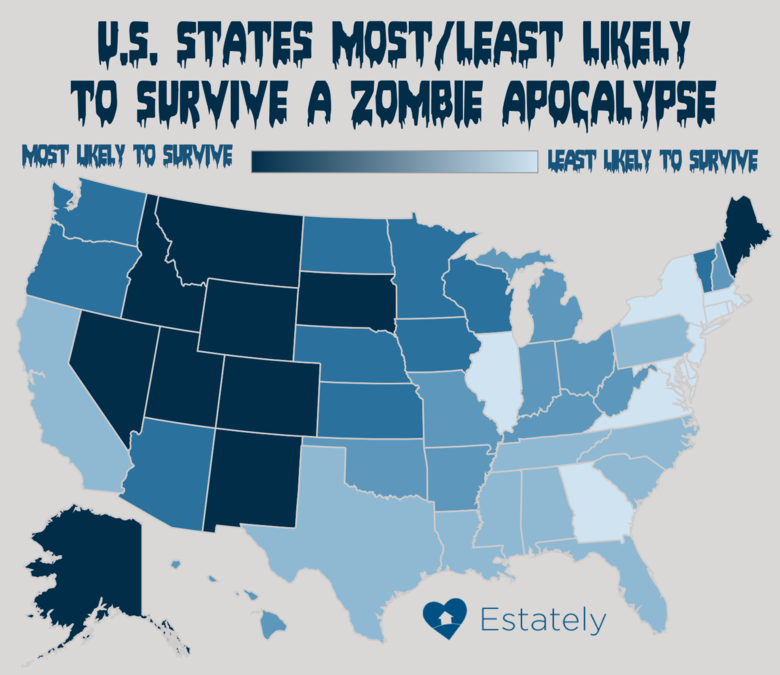 The criteria Estately looked at included: Fewest people per square-mile, gun owners per capita, percentage of those who are cremated instead of buried, percentage of the population that is physically active and interest in the zombie media genre.

Although Michigan didn’t make the top of the list, we do seem to stand a pretty good chance coming in at 26. So, we just have to be a little bit more vigilant if a zombie apocalypse happens.

The best place to live in the event of a zombie outbreak is Alaska, while New York came in last.

If you want to learn more about the Estately research and see where other states ranked, click here.