FOX 47 is operating at reduced power. Your signal may be affected! 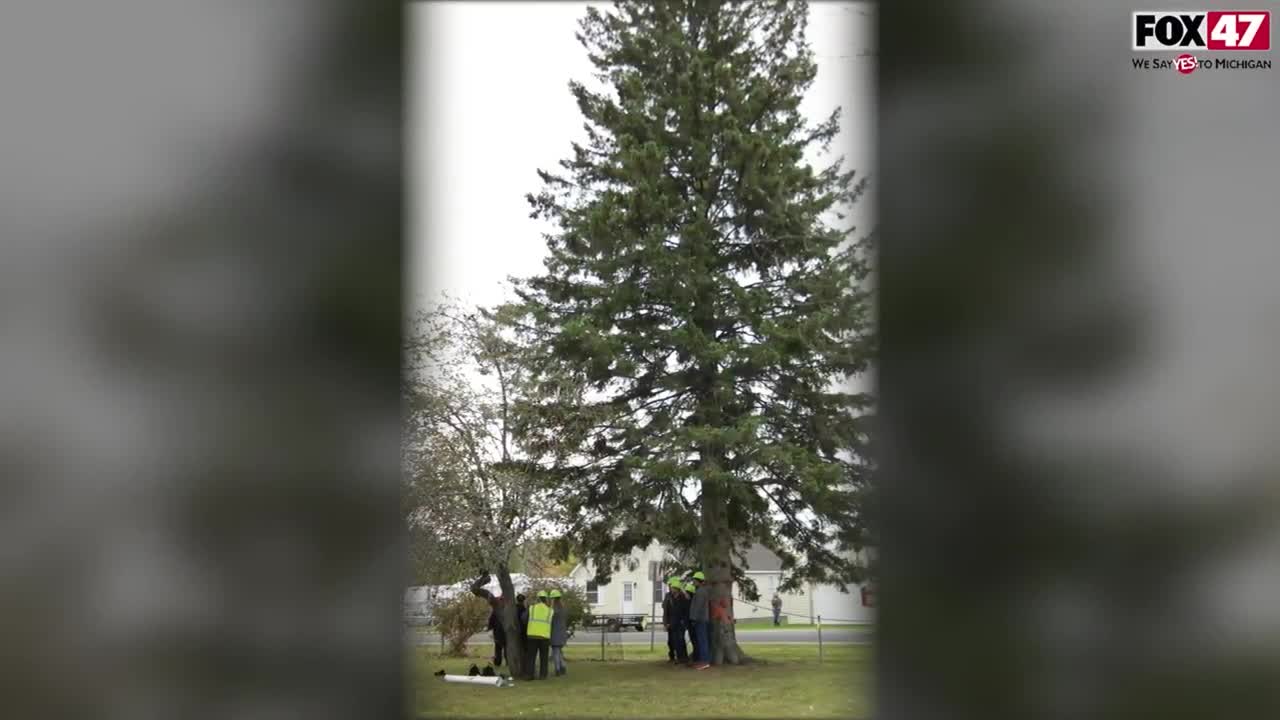 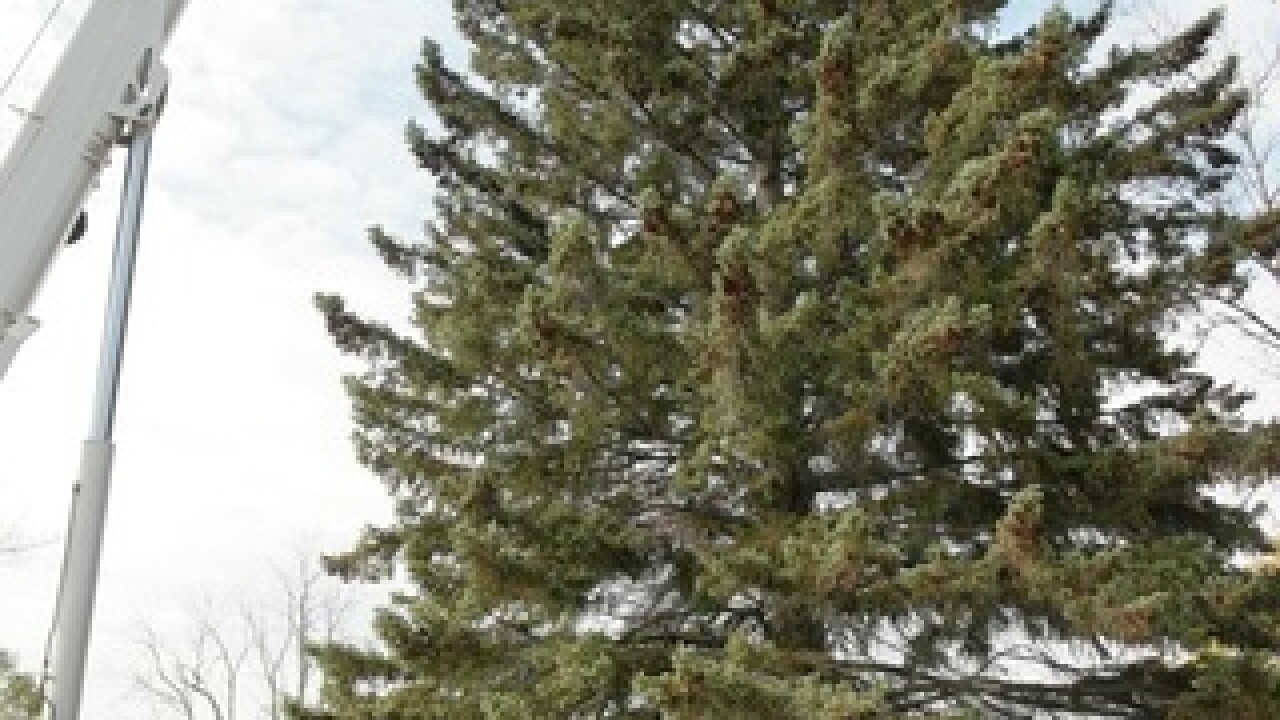 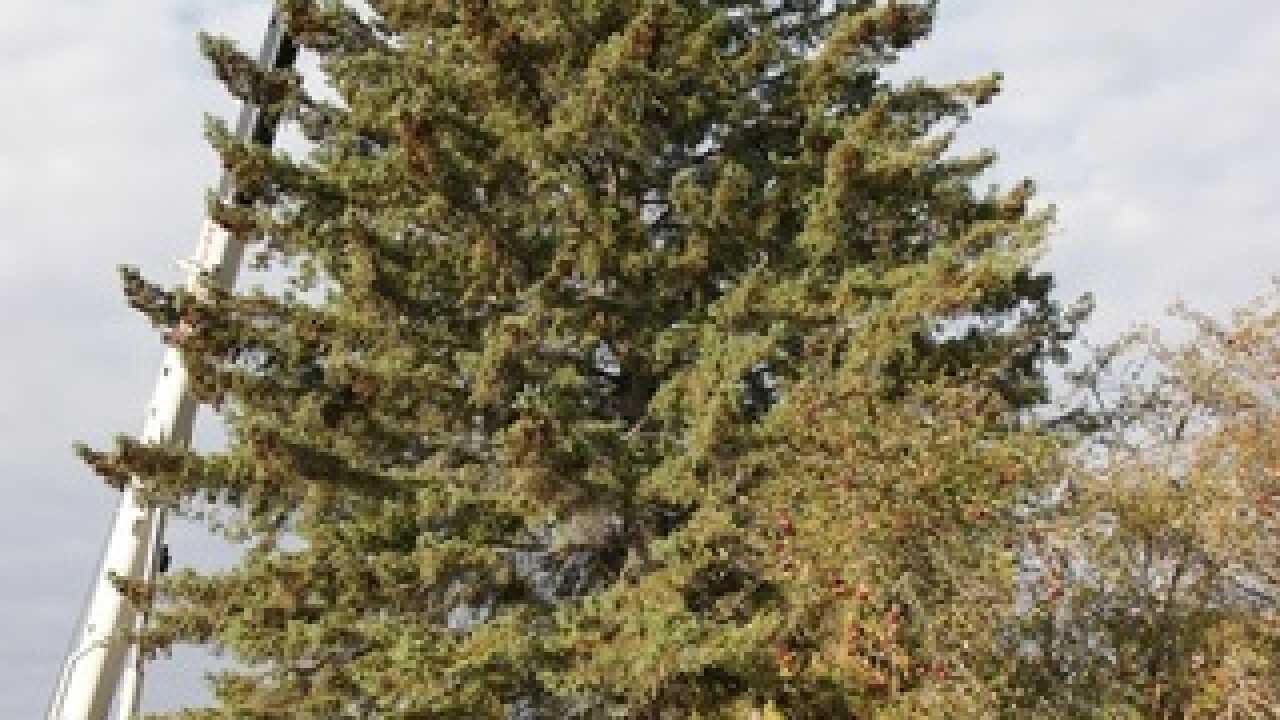 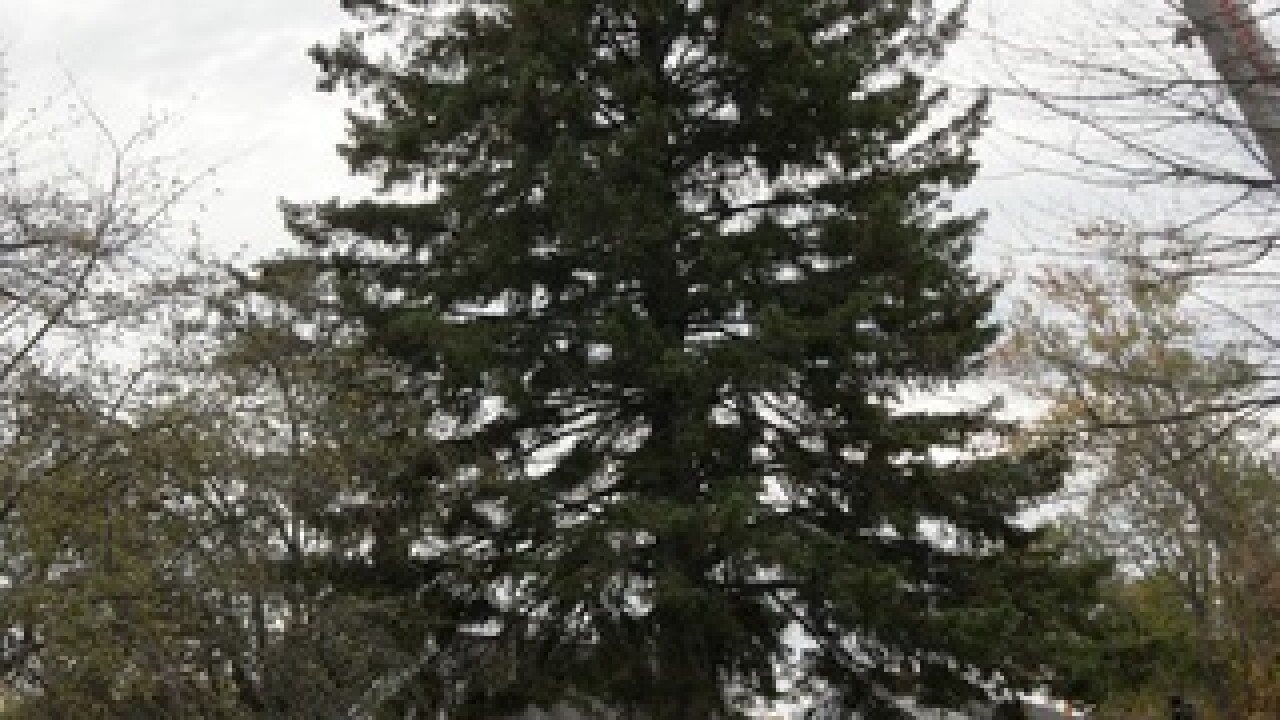 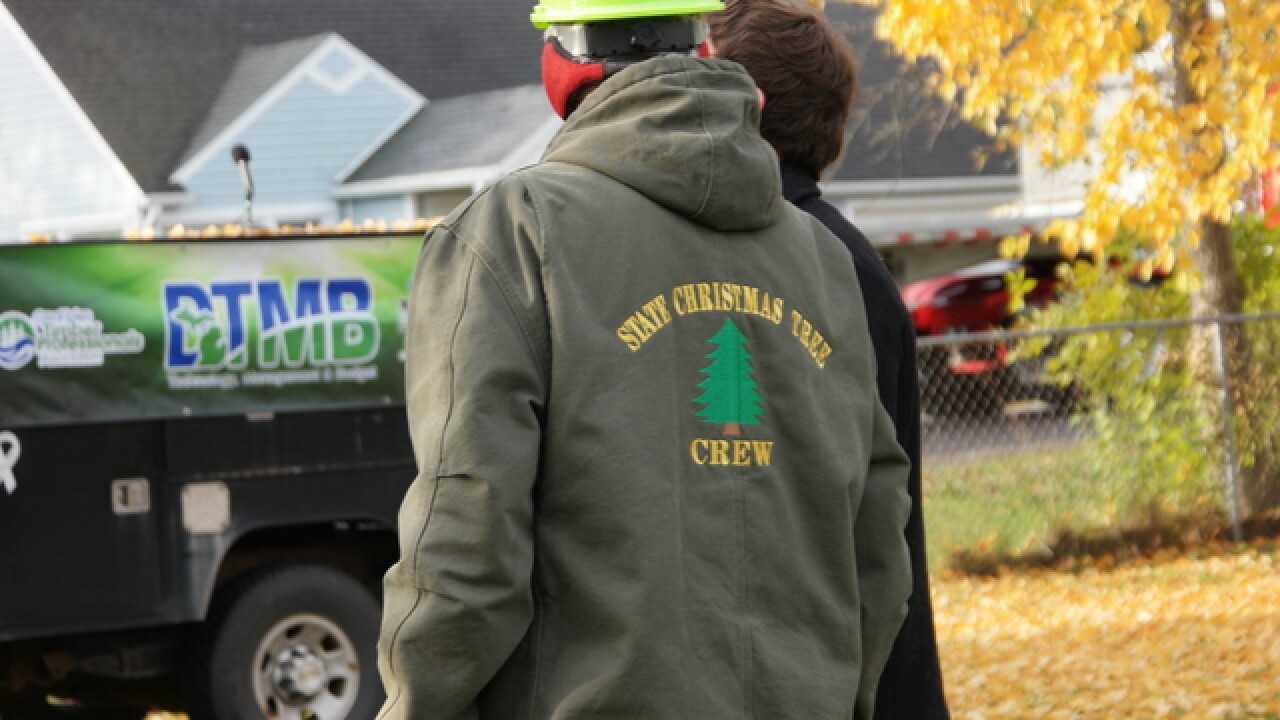 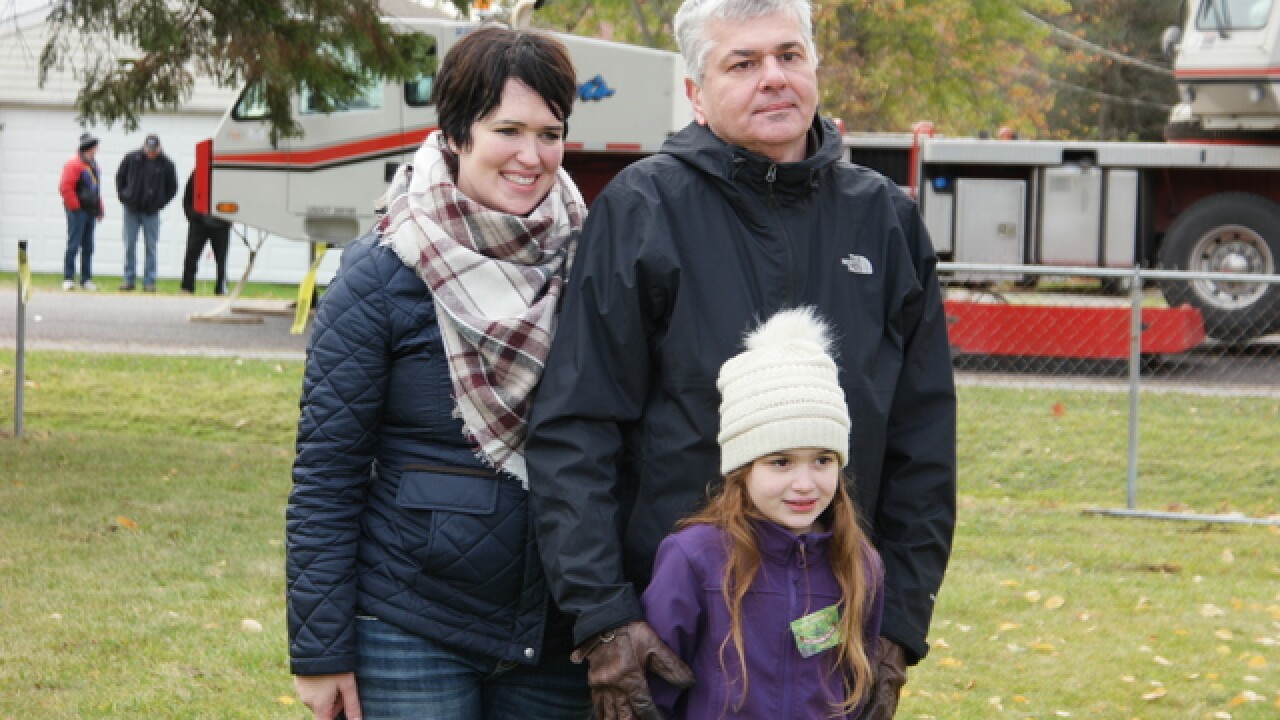 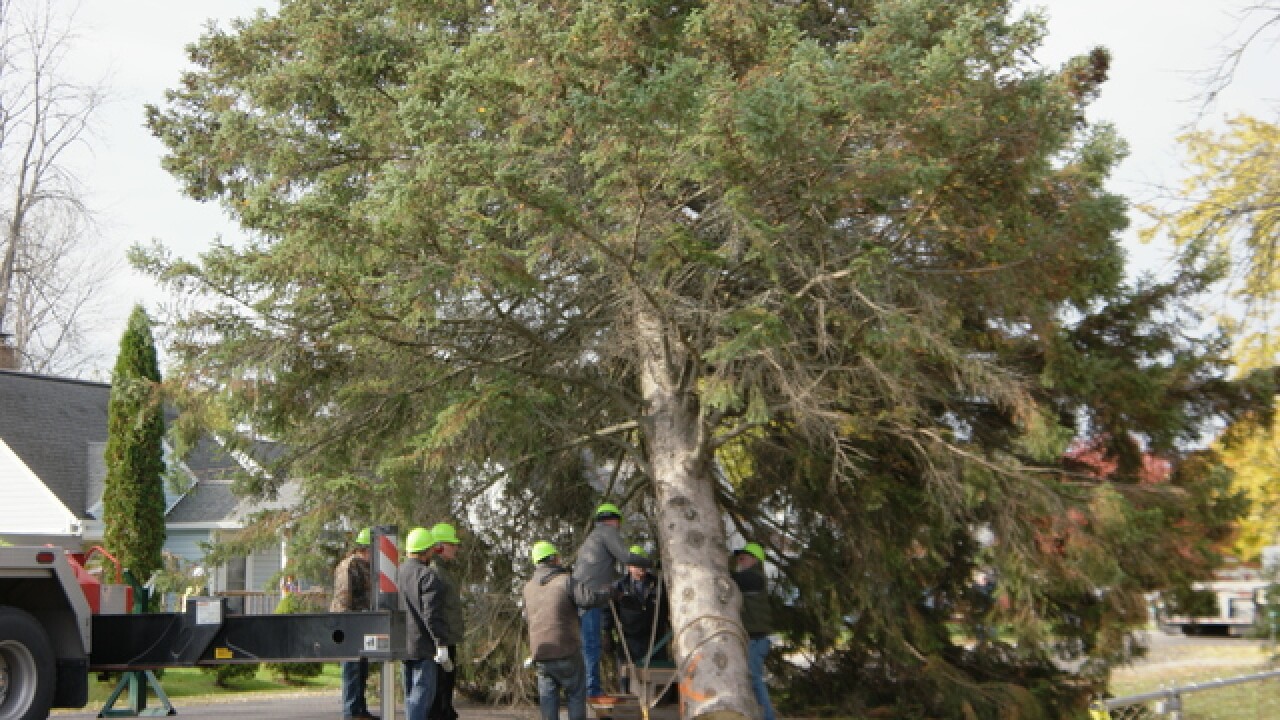 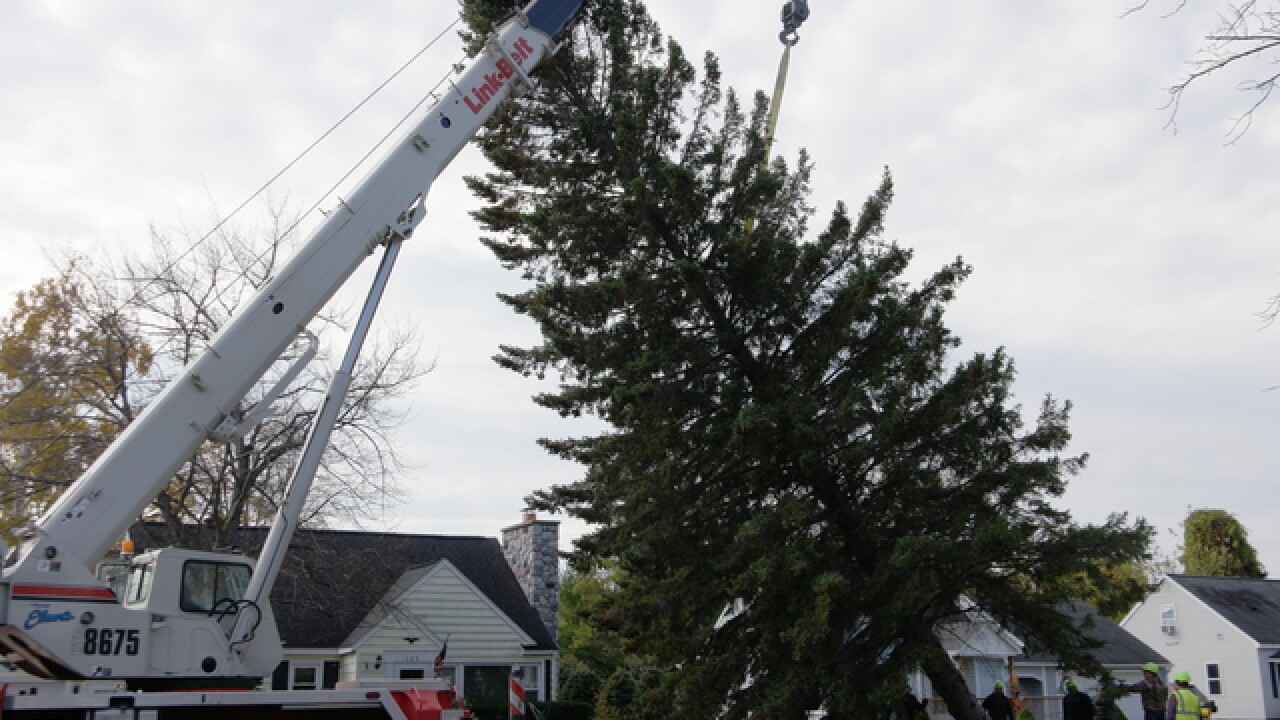 This year’s tree was donated from Mike and Shelly Catto from Alpena, Michigan. Heath Miller from the State of Michigan Department of Technology, Management and Budget explained that in their annual examination of nominated Christmas trees that they were in Alpena and by happenstance drove by the Catto home and saw the tree.

Heath explained that they “stopped by the house and talked with Mike about what they wanted to do. He was lukewarm about the idea so we left our card and left. When Mike’s wife Shelly came home they talked about this and about what it would mean for all of Michigan. After talking this through they called and agreed to donate the tree.”

Many people from Alpena came to yell timber and watch the Michigan State Christmas Tree be harvested. You could tell from the look on the faces of those in attendance that there was excitement around town for Alpena being recognized in this way.

In speaking to Denny Olsen from the Michigan Timberman’s Association (CHECK THIS), he explained that in his “17 years of harvesting Christmas trees, each tree is different and has a different story to tell.” He further shared that safety was very important and that his staff “spent a day preparing the tree and the area to make sure that everyone stays safe in the process of taking down the tree.”

Prior to the tree being cut down the crowd heard the story of Col. Joe, a colonel from Kalamazoo who was in World War I and whom did much to help win the day on some key battles. It is after this soldier that this tree is named. The tree was named Colonel Joe after this war hero.

The cutting down of the tree happened quite quickly, but the harvesting of the tree is much more than this. After the tree was cut down the crane holding the tree started to move the tree over to the awaiting truck, but before it could be loaded and taken to Lansing, the staff had to work slowly to tie up the branches. The tree standing had tree branches that spanned over 30 feet at its’ widest, and to take it on the highway they had to shrink the size to only 11 feet. This shrinking and binding process took approximately 2-3 hours. Following this process the tree is placed on the flat bed semi-truck and brought to the capitol.

The tree will arrive at the State Capitol of Michigan on Saturday and local Boy Scout troops will be on hand to help cut the twine prior to the Christmas tree being placed in front of the Michigan State Capitol.