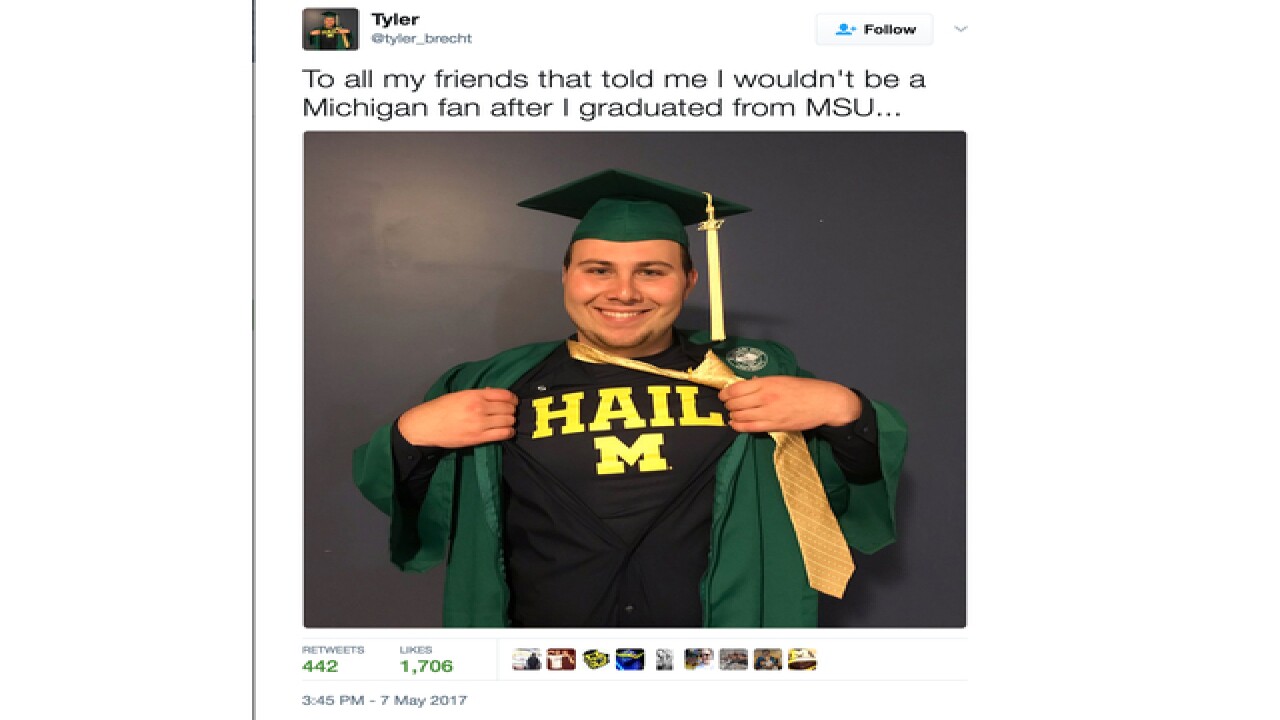 A Michigan State grad is revealing a "secret" he hid during his academic career at the home of the Spartans.

Tyler Brecht revealed his allegiance to the U of M in a photo on Twitter. It shows him with a "Hail M" shirt on under his MSU graduation robes.

To all my friends that told me I wouldn't be a Michigan fan after I graduated from MSU... pic.twitter.com/gkeLLOpeZY

It's hilarious how worked up people get just because of a sports rivalry ??