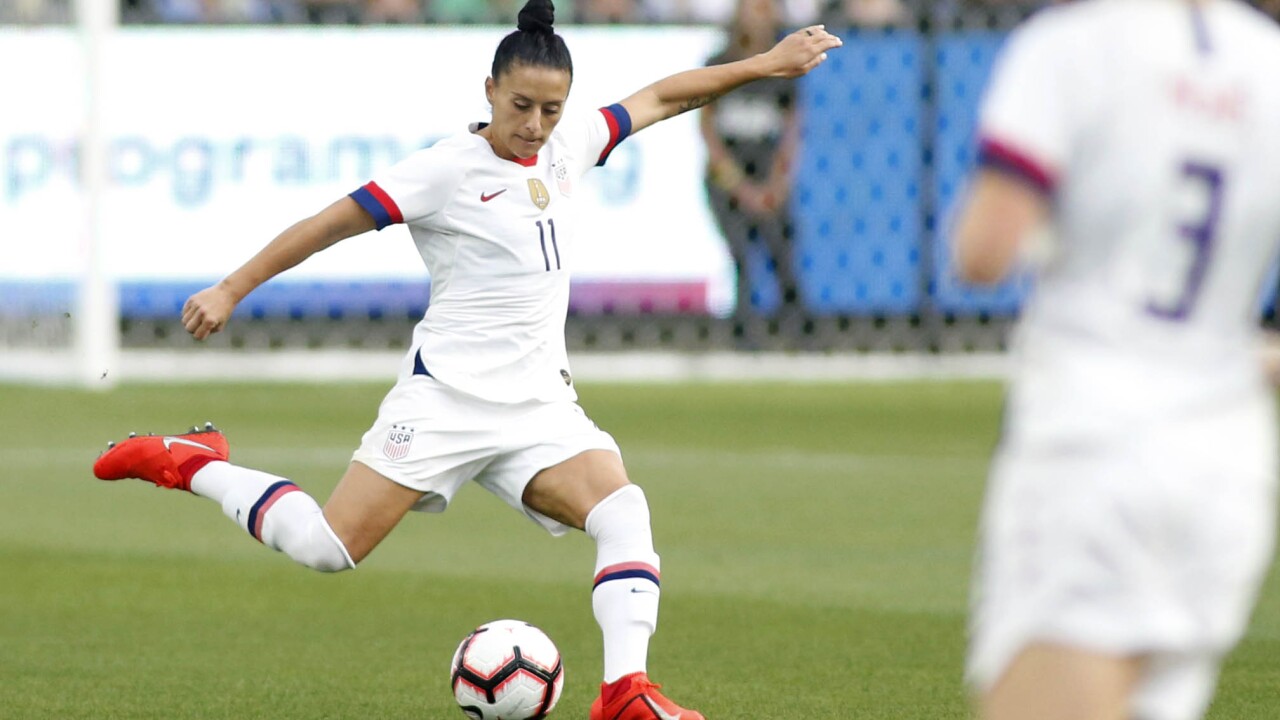 Experience was a factor in coach Jill Ellis' decision to include defender Ali Krieger and midfielders Allie Long and Morgan Brian on the U.S. team that will seek to defend its title at the Women's World Cup.

All three were widely considered to be on the bubble for the 23-player roster for France that Ellis announced Thursday.

"They're all players that have experienced big moments, know what it takes, and have lived in those moments," Ellis said. "I feel good about where they are."

Krieger started against Belgium on April 7, her first appearance since an exhibition against Russia on April 6, 2017. It will be the third World Cup for the 34-year-old right back, who has 99 international appearances.

The youngest player on the squad for the 2015 World Cup in Canada, Brian has struggled with injuries in recent years and has played just once this year, in a January exhibition against France. But the 26-year-old has made 82 international appearances.

Long, 31, has been in and out of the national team after playing in the 2016 Olympics.

Heather O'Reilly, who retired from the national team in 2016 but still plays for the National Women's Soccer League's North Carolina Courage and will serve as a FOX analyst during the World Cup, said Ellis has built a "strong, very pragmatic" team. She said she anticipated Krieger being on the roster, but that Brian's inclusion was somewhat unexpected because of her lack of recent playing time.

"She was a bit of a surprise just due to fitness and form, but again, it's a sign that the experience of the players, especially in 2015 the way that they performed, was sitting heavy on Jill Ellis' mind," O'Reilly said.

The tournament starts June 7, and the U.S. has first-round matches against Thailand, Chile and Sweden.

Carli Lloyd made her fourth World Cup squad, most among the players picked Thursday.

Lloyd, 36, scored three goals in the 5-2 U.S. victory over Japan in the 2015 World Cup final in Canada, but she likely will have a support role in France, playing off the bench. The oldest player on the roster, she is among nine U.S. women to have played in four or more World Cups.

"Even though this is my fourth World Cup roster, it's just as special as the first one I was named to. It's a different chapter of my career, this most likely being my last World Cup, but it's an honor to be among this talented group we have going to France," Lloyd said.

Defender Tierna Davidson, the U.S. Soccer Federation's 2018 Young Player of the Year, is the youngest player on the roster at 20. Davidson skipped her senior season at Stanford and was taken with the No. 1 overall pick in this year's NWSL draft by the Chicago Red Stars.

"I knew there would be another opportunity, or at least a small chance, and I wanted to make sure I was fully prepared for that chance," Krieger said in a statement. "I never lost sight of trying to play at the World Cup and if I didn't make it, I could be satisfied that at least I did everything I could to have a chance."

Krieger will help with depth on the back line while O'Hara continues to recover from ankle surgery.

"What I know about Ali Krieger is that no moment is going to be too big for her," Ellis said on a conference call with reporters. "And I think that as a coach, when it gets down to this point, the psychological piece is also a part of your consideration."

Crystal Dunn, the last player left off the roster for the 2015 World Cup, had 15 goals in the NWSL that year and is among 11 Americans headed to their first World Cup. Twelve players were also on the team that won the World Cup in Canada.

"World Cups aren't moments to invest in players, World Cups are about winning," Ellis said. "So I think experience, for any coach, is going to weigh heavily in some of these decisions for sure."

Players who didn't make the roster but were also thought to be on the bubble were midfielders McCall Zerboni and Andi Sullivan, and defender Casey Short.

The roster must be submitted to FIFA by May 24.