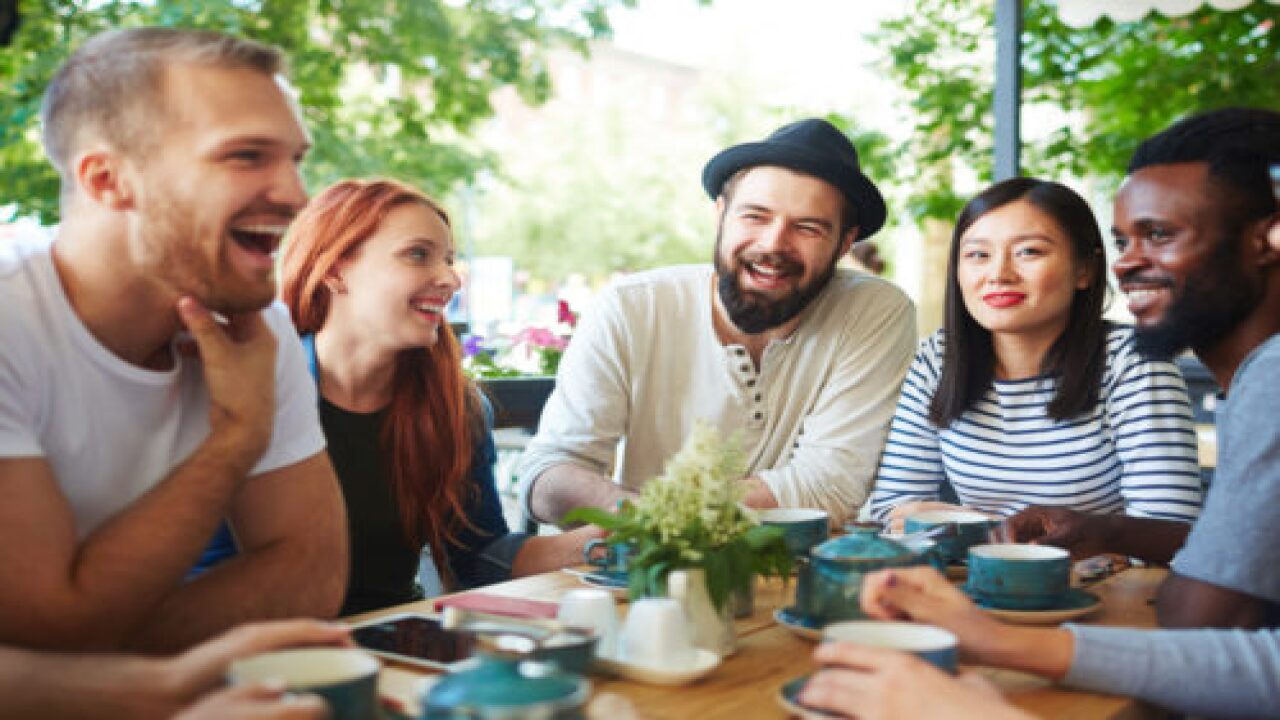 When I was 9 years old, my family moved from Detroit to Denver. Making friends, I remember, was fairly easy and straightforward. One of the girls in my recreational basketball league had an impressive jump shot and was notably kind to everyone on the team, so I went for it: “Want to be friends?” I confidently asked Jessica. Fast forward to the weekend and we were making pizza bagels, watching VHS tapes and filling out Mad Libs together. Fast forward 25 more years and our families still celebrate most holidays together.

As a kid, you’ve got built-in systems, like school and extracurriculars, that help you make friends with ease. At such a young age, it’s also likely that you haven’t yet built up as many walls and don’t yet fear rejection. Plus, without the pressures of adulthood, spending time with your group of friends is a top priority and doesn’t require two months of planning via a long group text chain.

It’s no surprise that fast-forming, easily made friendships become much more difficult as an adult. But it may shock you to learn that the average American hasn’t made a new friend for five years, according to a new poll from Evite.

Of the adults surveyed, 42% say they struggle to make new friends due to introversion or shyness. Other reasons Americans have a tough time forging new friendships as adults include commitments to family (29%), not having any hobbies that allow them to meet new people (28%) and moving to a new city (21%).

Still, we know that having and maintaining friendships is important for our well-being, with studies showing that having a network of pals can improve our happiness and health.

Have you been wanting to branch out and make new friends? Here are four expert-backed tips to help you do so.

My friend Winona Dimeo-Ediger, the editor-in-chief of Livability, tackled the topic of adult friendships in an article she wrote about how to start over in a new city. Her advice? You’ve got to be comically aggressive and consistent when it comes to connecting with new people.

“That neighbor whose car has a bumper sticker you agree with? Invite her over for tea,” Dimeo-Ediger writes. “That person you chat with after yoga? You should definitely see if they want to grab lunch after class one day.”

Important footnote here — she practices what she preaches! Full disclosure: Dimeo-Ediger is an editor of mine. Last fall, in advance of a trip she was taking to Denver, she reached out to me and asked if we could get together.

“Yes, absolutely, thanks for asking!” I replied.

We ate lunch at a food hall and gallivanted around a historic train station and, boom, a magical adult friendship was born.

So much of freelance happens remotely, so today was amazing because I got to meet one of my favorite editors, the brilliant and funny @winonarose from @livability . I had a chance to show her my favorite #denver spots. She’s the best kind of journalist — so curious and enthusiastic and, damn, it feels good to meet someone and feel like you’ve been friends for years.

2. Take A Look At Who Is Already In Your Circle

Shannon Purtell, LPC-S, a psychotherapist in Dallas, offers several strategies to her clients who want to build new friendships and bolster their social support system. She first tells her clients to set an intention to build new relationships.

“Just wishing or hoping they will happen isn’t enough,” says Purtell. “They need to be willing to make an effort to make friends.”

She suggests looking at people you currently know to see if there’s a way to build on those connections. Can an acquaintance become a friend? Could you ask a co-worker to a movie?

Purtell also suggests her clients make lists of things they enjoy doing for entertainment, and then make a point to do those activities. Take a look at Meetup groups, classes and volunteer groups that you can become a part of to connect with others who share some of your interests.

Another idea: Start a club and invited others with shared interests or hobbies, suggests licensed psychotherapist Christine Scott-Hudson.

“Make it casual, inexpensive, and on late afternoons on Sundays, and you are more likely to get people to show up,” she says.

Scott-Hudson started a picnic club in her hometown of Santa Barbara and she meets with fellow therapists for picnics in the park and around the city.

“It is relaxed and easy, helps us get outdoors in nature to decompress and has created a sense of community and a circle of real friendship,” she says.

Many adults are in the same boat but feel timid about making the first move, says Baltimore psychologist Heather Lyons. Also, she says, a certain level of vulnerability nurtures closeness. Ask someone who’s really good at baking for help with pie crust, she suggests. Or, at work, consider getting advice on a project you’re struggling with.

“People also like others who are similar to them, so find points of connection, perhaps a similar alma mater or shared interest,” Lyons says.

What have been your strategies for making friends as an adult?