How To Make Homemade Disinfecting Wipes 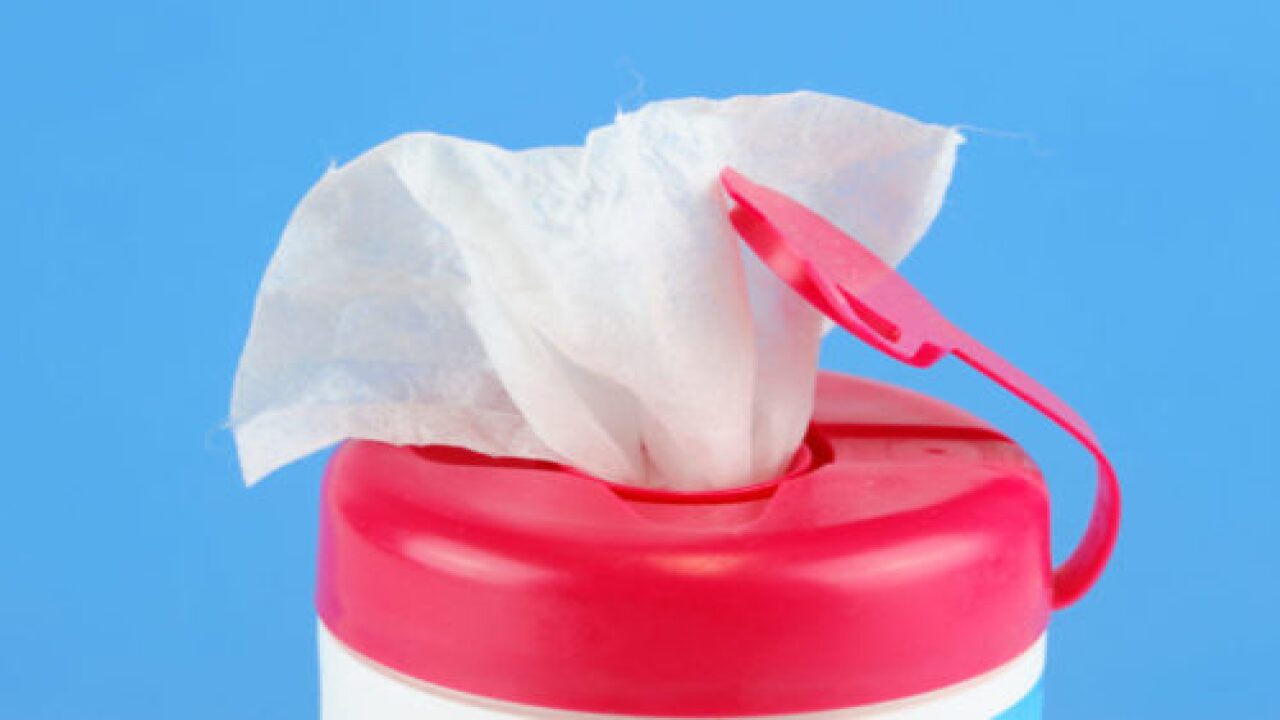 My family has enough toilet paper (for the time being, anyway). Our fridge, freezer and pantry are all full. But the one thing I failed to buy enough of is disinfecting wipes. With four children ages 8 and under in our home, stuff gets grimy, grubby and absolutely germy. And those wipes are nowhere to be found.

The Centers for Disease Control and Prevention (CDC) provides recommendations for cleaning and disinfecting households in which inhabitants are suspected or confirmed to have the COVID-19 virus. These recommendations state that diluted household bleach solutions, alcohol solutions with at least 70% alcohol, and most common household disinfectants should be effective.

While typically I’d rather buy than DIY, supplies are low. So I figured trying my hand at some homemade wipes couldn’t hurt. Especially since I had every single ingredient required in this recipe by My Heavenly Recipes. The one thing I swapped out was the optional item. Instead of tea tree oil, I opted to use the pure lemon oil I already had. I even had an empty wipe container.

After gathering my supplies, I checked the instructions. The first step was to cut the paper towel roll in half with a serrated knife. I used some store-brand (Aldi, to be precise) select-a-size paper towel and the serrated knife in my kitchen block. Since the roll was only a bit taller than the container, I debated cutting it closer to size but wondered what I would do with a super-short partial roll of paper towels. I figured if I went with the directions, I could eventually make a second roll if things went well.

The slicing was not pretty. My knife is nothing fancy, and I had a squished roll with paper particles everywhere. But I persevered.

I wondered how I would get the roll into the container as the paper towels were a good deal wider. However, with minimal squeezing, they went in. Then I reread the directions, which say to flip over the roll and stick them into the jar. Of course, I had shoved them in shaggy-side up, which would probably make a difference when pulling them out, so I dug them back out and put them in the right way.

Next, I put the alcohol, Dawn and several drops of lemon oil into the water. The alcohol smelled quite strong and I was glad for the addition of the lemon scent. I worried that the soap might make suds but it all blended nicely.

I poured the solution over the roll and waited for it to turn into a soggy, pulpy mess. I was happily surprised. The cardboard roll in the center of the paper towels slid right out as well, adding to the pleasantness.

Pulling a wipe from the middle turned out to be a little trickier. Instead of starting at the end of the roll, I grabbed up a good chunk of towels because I couldn’t find the exact center. They were quite wet, but they held together with no problem. Even when I wiped a counter with them, they didn’t rip, disintegrate or fall apart.

The somewhat-sloppiness of the wipes might seem like overkill. I suppose it could change based on the thickness of the paper towels. But the CDC does recommend leaving surfaces wet for 3 to 5 minutes to effectively disinfect the area, so the amount of wetness might actually be ideal.

I thought perhaps the paper towels might break down over time but, even after a few days, they are just as sturdy and easy to use.

Now, I’m not going to lie. Once life returns to whatever normal might be and we can buy whatever we want at the grocery store or on Amazon, I’ll go back to buying my favorite Lysol wipes. Until then, however, this DIY option gets a (thoroughly washed with soap and water) thumbs up from me.