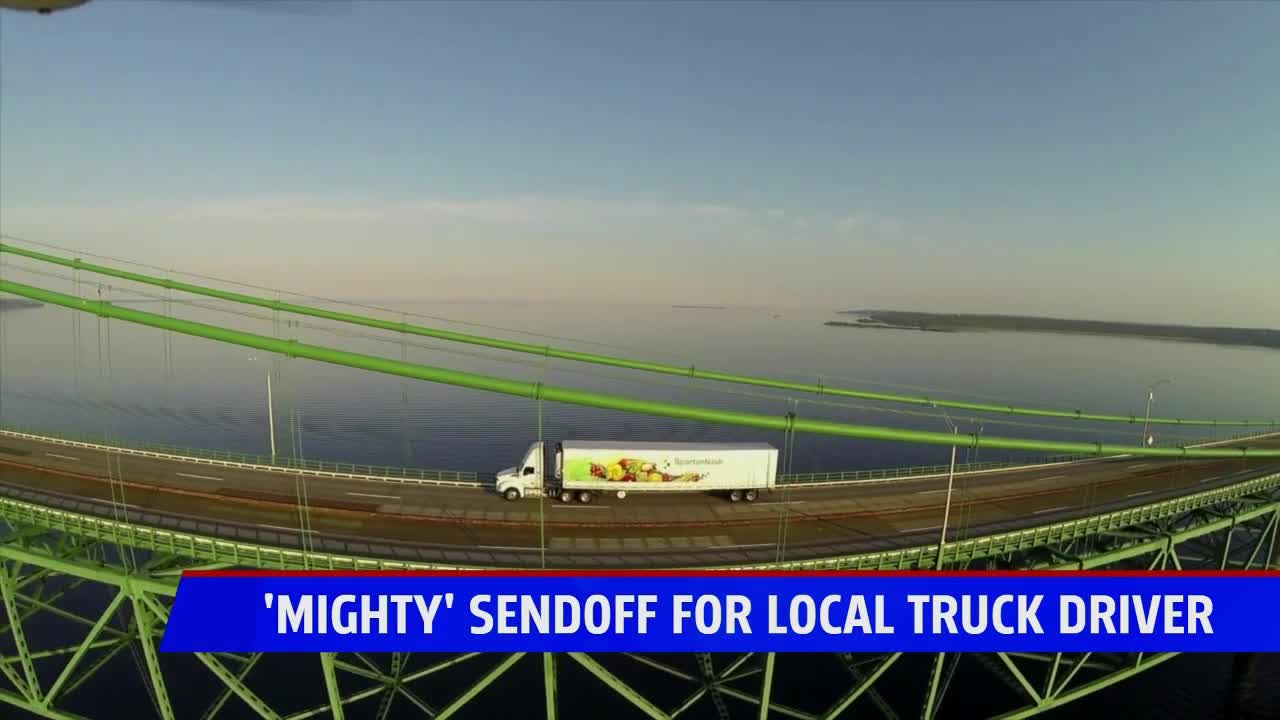 Local trucker gets send off on Mighty Mac 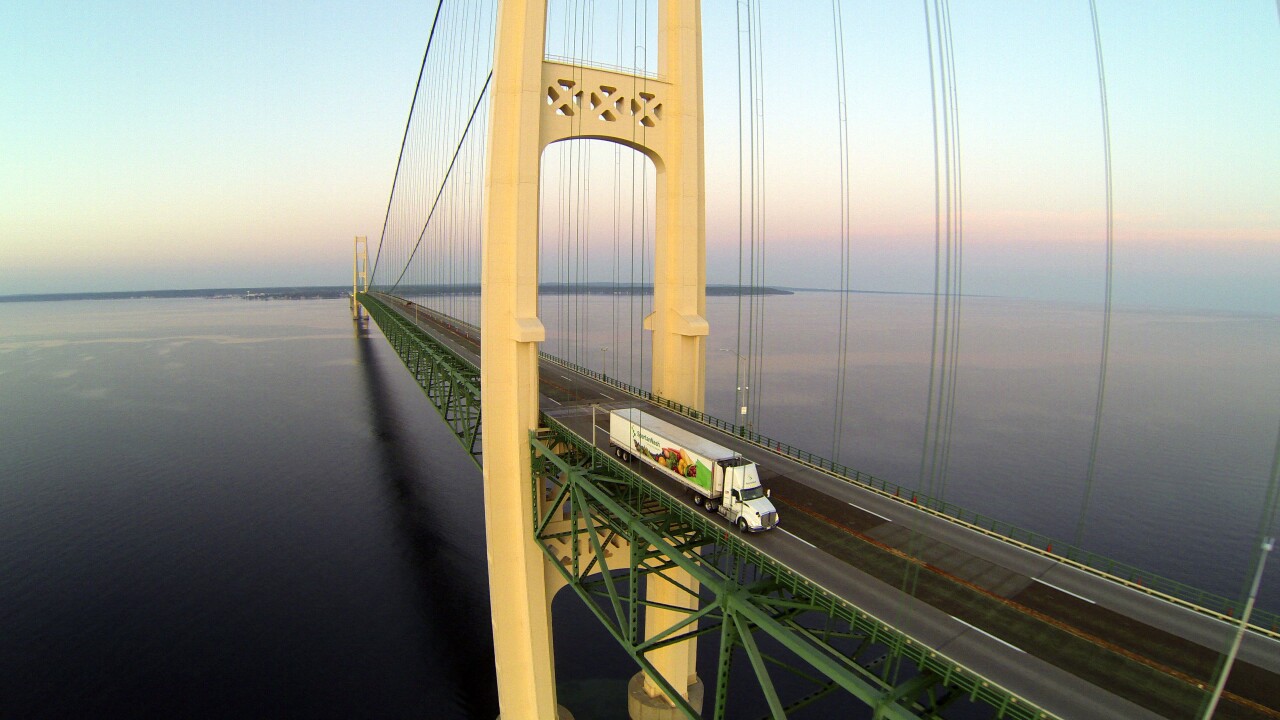 Ivan Kuipers has spent most of his life driving Michigan roads for Spartan Nash.

“It’s just been a great job. I’ve enjoyed it thoroughly. I'll miss it when I do retire. But I’m looking forward to the next step,” Ivan Kuipers said.

Kuipers is retiring after 41 years with the same company. He asked his son, Evan Kuipers, to give him a special send-off with photos of him driving on the Mackinac Bridge.

At first, Evan wasn't sure if it would be possible. Then he got the OK from state police, the coast guard, and the bridge authority.

“This was just kind of a way to show I’m pretty proud of him…41 years, doing the same job, same company, and doing a heck of a job at it,” Evan Kuipers said.

For Ivan, it's a memory he will never forget.

“The pictures at mackinaw bridge…it was one of my last memories I wanted to focus on,” Ivan said.