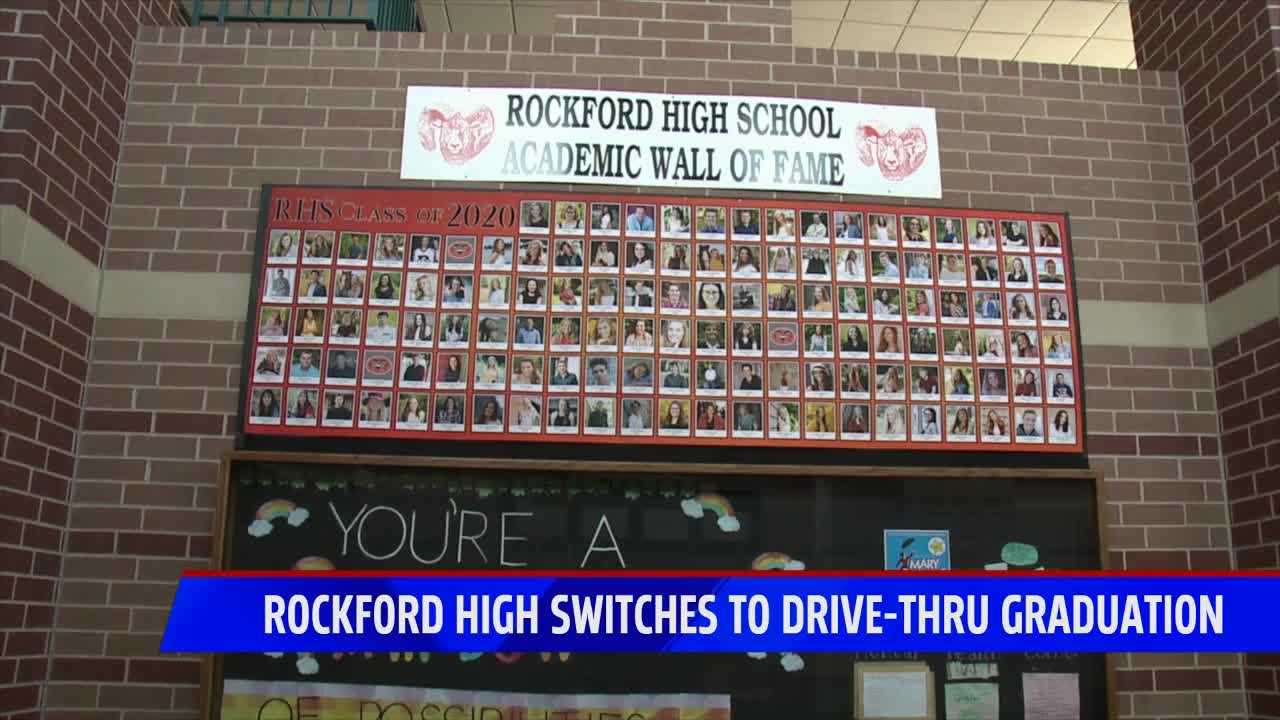 Some high schools holding out hope of having in-person graduation of some sort this year are now canceling those ceremonies and changing plans. One thing to make clear--graduation is still happening. It's just going to be a little different.

Rockford Schools is opting to do a drive-thru ceremony. That's after they've held out hope all summer long.

“To take 530 kids. Plus their parents, if that’s what we limited it too. There’s no way we could reasonably do it,” Rockford Schools Superintendent Dr. Schibler said.

With current Executive Order limiting gatherings outdoors to 100 people, the traditional graduation at the DeltaPlex was out of the question. Given how large Rockford High School is...school leaders say it would be near impossible.

“We typically have about 8,000 people attend our ceremony. This year we had a date set for June 2nd. That date has come and gone. We had a backup date for July 21, which is rapidly approaching," Rockford High School Principal Dan Zang said.

So, Rockford made the difficult decision to do a drive-thru graduation. It's not what school leaders wanted to do. But they say it's what they have to do to keep everyone safe, and follow the law.

“We held out hope and I know we are not the only school who is yet to have a graduation,” Zang said.

Principal Zang is right. Cedar Springs was another school holding out hope. They're still doing an in-person ceremony of sorts, but their graduating class is significantly smaller than Rockford's. Students will pick a window of time to walk and pick up their diploma with their family there. Their ceremonies will take two days.

Either way, Rockford Schools says they're doing everything they can to make graduation as special as possible, while still following state mandates.

Additional Coronavirus information and resources:
Click here for a page with resources including a COVID-19 overview from the CDC, details on cases in Michigan, a timeline of Governor Gretchen Whitmer's orders since the outbreak, coronavirus' impact on Southeast Michigan, and links to more information from the Michigan Department of Health and Human Services, the CDC and the WHO.

Find out how you can help businesses and restaurants struggling during the pandemic.Also, get information about Rebound Mid Michigan, with stories, information and more about coming back from COVID-19