Wise Men has gotten quite good at making sanitizer 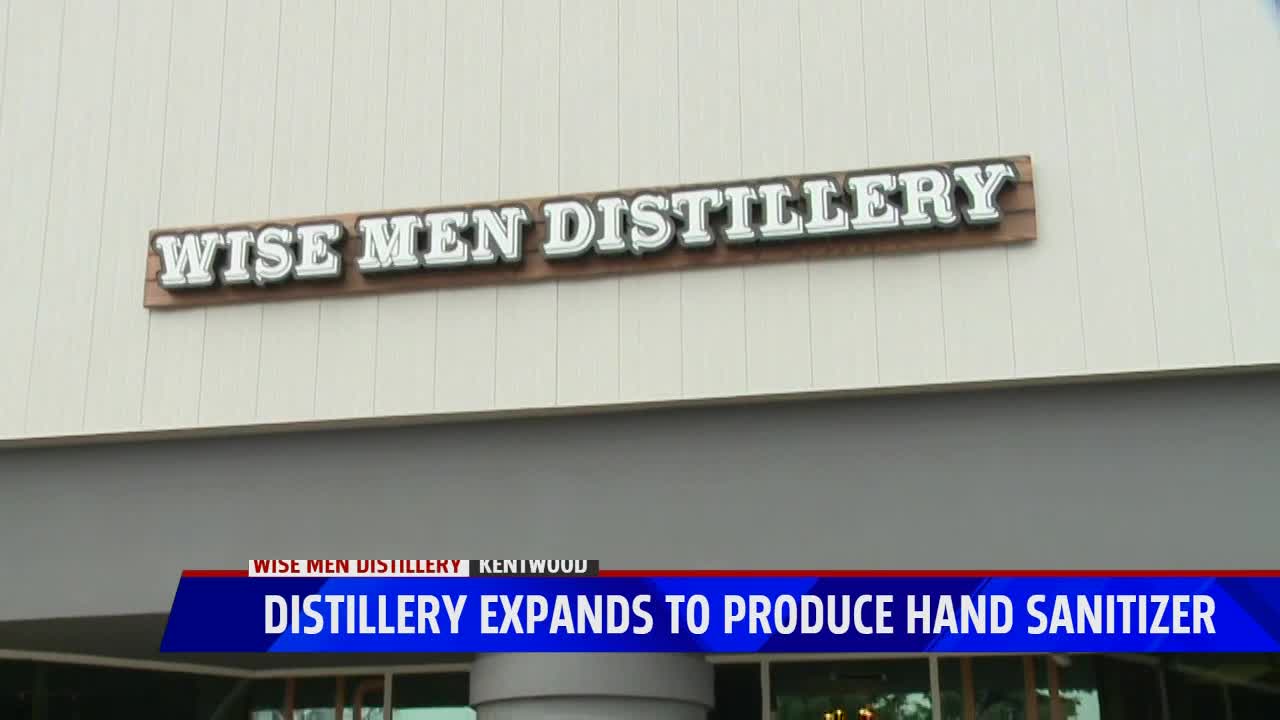 It isn’t easy for small companies during these times where layoffs and closures are the norm. But thanks to a clever pivot, Wise Men Distillery hasn’t had to do wither. In fact, they recently opened up a new business to keep up with demand for their newest product: hand sanitizer.

Wise Men now has a new LLC strictly for what’s become a massive production operation, all spurred on by a request from the new Amazon distribution center in Grand Rapids.

“We never ever thought that this would happen, it’s just been wild,” said Wise Men owner Tom Borisch. “It hadn’t even crossed our minds then they contacted us and said, ‘hey have you thought about doing this?’ and I said, well, we can look at it, you know?”

Since then, Wise Men has made almost as much sanitizer as they have alcohol in their year of operation so far. Borisch admits, they’d rather be making craft cocktails, but this is a way his company can help, without laying off employees or taking any loan money that can now go to other small businesses.

“This was very much a need for us,” said Brent Hagan with Amazon’s new distribution center in Gaines Township. “And it was common for the other buildings in the region too to say, we’re just not really sure what this is going to look like in two months if we don’t find additional supply chains.”

Wise Men’s initial contract with Amazon was for 3,000 gallons. Since then, they’ve gotten contracts to make it for other companies, and have even donated 1,000 gallons to counties and their first responders.

Borisch said Tuesday – although he couldn’t name the client yet – that they recently received an offer to make 600,000 gallons over the next three years.

It’s been a fruitful partnership for Amazon in Gaines Township, and at the six other facilities around the region that are also getting some of Wise Men’s sanitizer and have been donating some of it themselves.

“This building is 855,000 square feet, and we have hundreds of hand sanitizer locations everywhere,” said Hagan from the Gaines Township center on Tuesday. “We’re really happy that we could put things in place to stay open, drive change, and be able to keep people at home. We’re really excited about what we’re doing.”

Borisch said Wise Men has already begun work on getting the proper licensing in place that will allow them to do this for years to come. Right now, they’re operating under special loopholes that allow companies like his to make sanitizer using the World Health Organization recipe.

“It’d be great if this thing just disappeared and we were all back to the way things were,” said Borisch, “but unfortunately it’s not just going to disappear.”