How I ditched debt: ‘I just pretended I didn’t have money’ 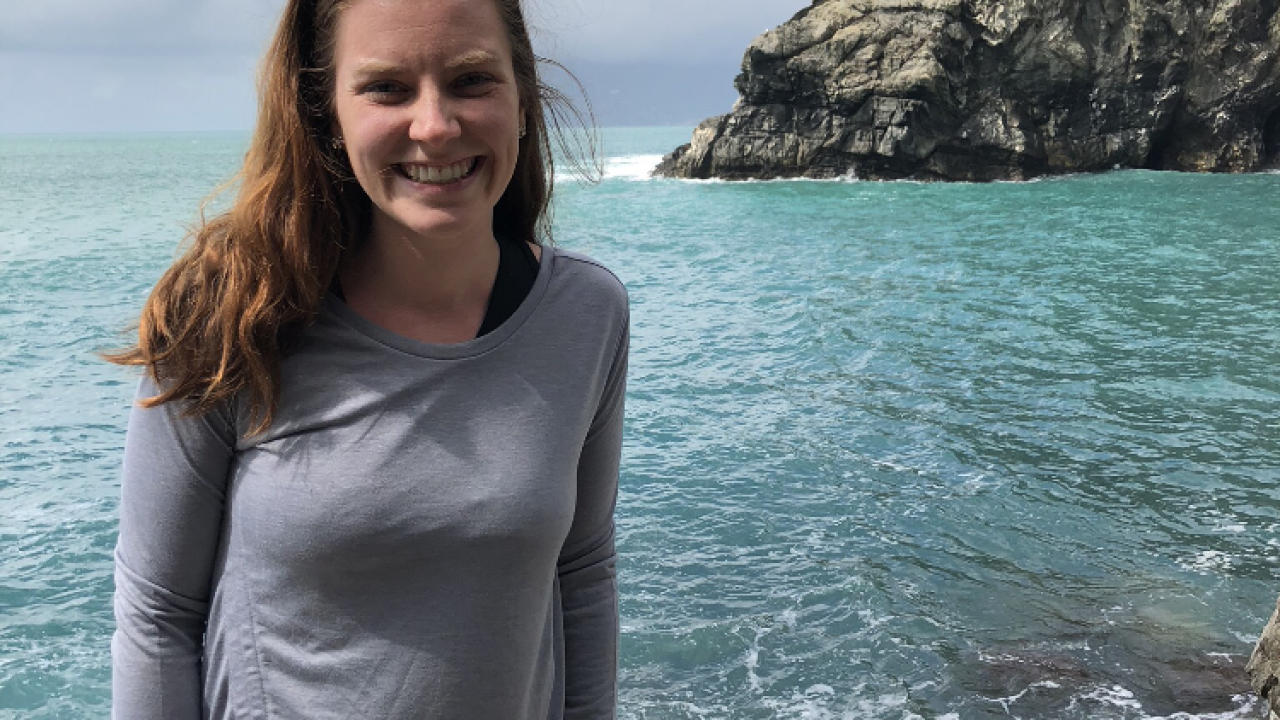 In this series, NerdWallet interviews people who have triumphed over debt. Responses have been edited for length and clarity.

When Sarah McGowan was 23, she already had a master’s degree and was working in her first career job as a speech pathologist. She also lived with four roommates, drove an old car, took every babysitting opportunity she could wedge into her schedule, and borrowed dresses if she needed to attend a wedding or other formal event.

She says she didn’t feel deprived. Her secret weapon? Gratitude. She reminded herself that she had everything she needed, including the energy and income to shed college debt right away.

Her goal: Be out of debt by the time she turned 25. She’d earned her undergrad degree in three years to save money, and finished grad school with student debt totaling $36,262. It made her uncomfortable. “I don’t feel like I deserve it until I have paid for it,” she explains.

Sarah knew frugality well. She was raised near Chicago by a millwright father and a mother who stayed home with the children until Sarah was in fifth grade, then became a real estate agent. Sarah was the first in her family to go to college. Student loans were essential, and she was thankful for them, but she didn’t want to keep them around any longer than necessary.

After earning her master’s degree in May 2016, Sarah landed a job in her field and worked 24-hour weeks, earning $28.23 an hour. She picked up extra shifts at a satellite hospital and at a nursing home — those paid close to $40 an hour — and she continued to babysit at $15 an hour. She said she typically tried to work at least 16 hours per week at her side jobs. Her total income was about $65,000, she recalls. The following year, when she finished paying off her loans, she says she made about $72,000.

While her earnings were high, she kept expenses low. She was used to multiple roommates, working almost all the time and driving an old car, so she wasn’t giving something up, just waiting to have it.

She recently connected with NerdWallet to share her story, which may inspire your own journey to paying off debt .

What was your debt when you started?

A little over $36,000 in student loans, for undergraduate and graduate school. I graduated with about $200 to my name.

What triggered your decision to ditch debt?

I wanted to get out of debt almost as soon as I got in. I knew that being in debt limited choices, and that it was temporary. I also thought that I would want to stay home with kids someday, and I could save more once the debt was gone.

What steps did you take?

I was careful not to get used to having money, and I just pretended I didn’t have money. I just kept paying all that I could toward the loans. I didn’t have a formal budget, but I was saving about $1,000 a month, and then using the “extra” money to pay more on loans.

My first student loan payment was not due until November (after a May graduation). But I started my job in July, so I started paying off the loan in August, when I had a paycheck.

[Sarah checked her debt balance about once a month, watching the incremental drops until she owed about $10,000. Because she had also been putting money in savings, she realized she could make a final lump payment and be done, while still having just under $10,000 in savings.]

How did you avoid feeling deprived?

I tried really hard to keep a grateful mindset and to focus on what I did have instead of what I didn’t have. I wanted to get rid of the debt.

I talked to my boyfriend about what my goals were, and asked, “Can you be on board with this?” If anything, talking about it was a relief. He also had student loan debt to pay off. We went on a lot of dates that involved canoeing and picnics, or hiking and hot chocolate.

I still went on vacations. I love to travel, but I did it as cheaply as possible. I had saved babysitting money, and I went to Spain and Italy. I also used a $500 voucher from when I was voluntarily bumped from a flight to help pay for my ticket.

How is being debt-free different?

I feel much more free. Now I can say no to a babysitting job if I want to. When I was in debt, I said yes to everything.

I feel more generous, because I have more.

I bought a Subaru. I saved a down payment first and I have a loan, but it’s at 0% interest and the payments are affordable. I also bought a violin and plan to start taking lessons.

How to tackle your own debt

If Sarah’s story has inspired you to take a look at your own student debt, she has some tips:

The article How I Ditched Debt: ‘I Just Pretended I Didn’t Have Money’ originally appeared on NerdWallet.