Brexit: What happens next? 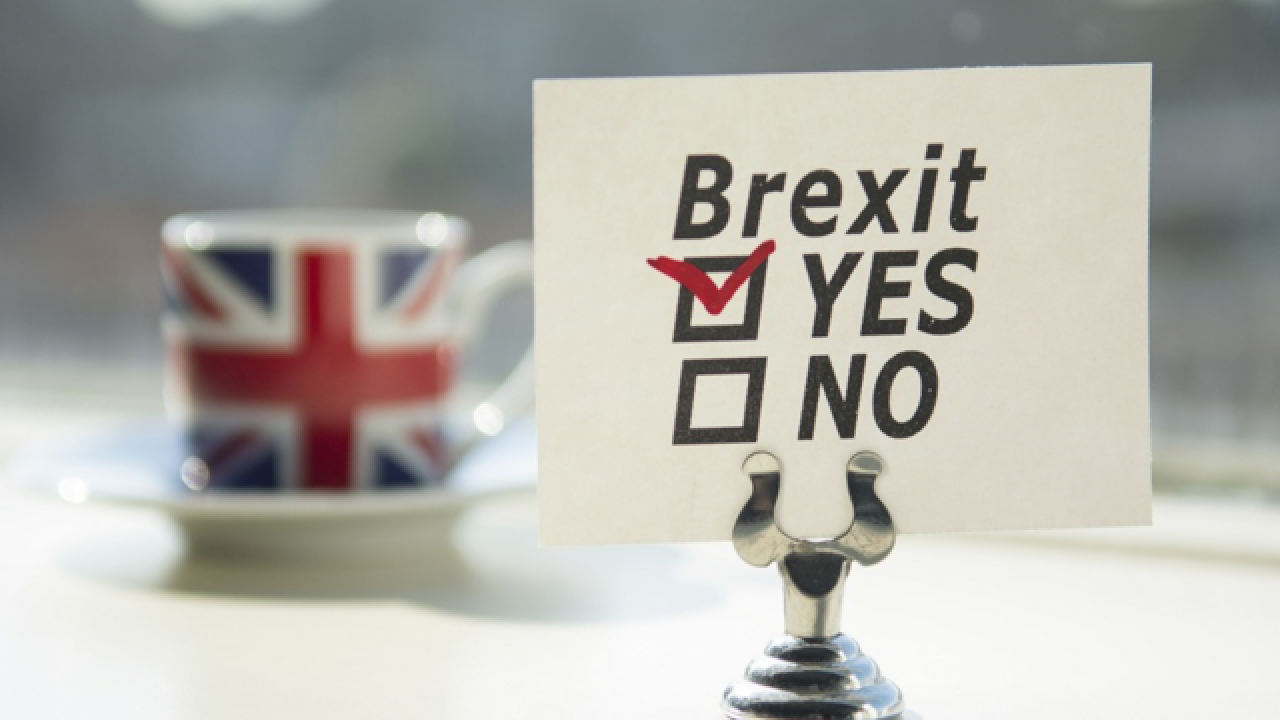 So Much for European Unity

The modern dream of European unity was first championed by Napoleon over 200 years ago. More recently, after two World Wars devastated Europe — killing an astonishing 98 million soldiers and civilians — Winston Churchill revived this dream calling for a "United States of Europe" in a landmark 1946 speech.

However, Churchill's Britain sent a definitive message in the opposite direction last week with a stunning vote to leave the European Union. The "Leave" campaign garnered 52% of the vote compared to 48% for the "Remain" camp.

Reactions within the UK to this "Brexit" (British exit from the EU) vote were swift, strong and unsurprising. Scotland voted heavily to remain, and a second referendum on Scottish independence is now "highly likely", according to Scottish First Minister Nicola Sturgeon. Similarly, Northern Ireland voted to remain, and may now seek reunification with Ireland in the hope of staying in the EU. Thus, there is a very real danger the UK could unravel in the next few years, shrinking vastly in size, GDP and global influence.

Adding to the drama, Conservative Prime Minister David Cameron — who staked his government’s reputation on an ill-fated campaign to remain in the EU — announced Friday that he would step down. The opposition Labor party had also urged a vote to remain, so there is no clear leader in either party who seems poised to assume power at this precipitous moment.

International reactions were also intense. Nationalist politicians in France, the Netherlands, Denmark and Sweden voiced strong support for the Brexit and are eyeing their own movements to separate from the EU and/or Eurozone. Meanwhile, establishment leaders of EU nations are expressing profound dismay, but urging calm as the EU moves to implement this unprecedented loss of a member nation.

Global stock markets also reacted swiftly and negatively to the turmoil unleashed by the surprising Brexit result. Polls erroneously had the "remain" camp winning prior to Election Day, causing investors to push stocks higher prior to the vote. The abrupt reversal of course caused by the vote wiped out almost $800 billion in US market value as the major exchanges fell in the 3%-4% range. Worldwide, almost $2 trillion was lost on Friday.

As expected, equity and currency markets in the directly affected countries suffered most. London’s FTSE index fell 3.2% — and Sterling sank to its lowest level against the dollar in 31 years — while exchanges in Frankfurt and Paris hemorrhaged 7-8%, and both Italian and Spanish equity markets suffered double-digit losses.

Investors seeking safer havens drove the yield on 10-year US Treasuries to a temporary low of 1.406% before a later-day rebound. Gold, another popular choice in times of uncertainty, rose by almost 4% on the spot market.

The carnage continued on Monday as European stocks sold off broadly. The pan-European STOXX 600 index fell another 4.1%. All sectors posted solid losses, with banks, financial services and travel stocks all closing down 7.5% or more. How far markets will keep falling — and for how long — is not yet clear.

What Are the Rules?

The Brexit is not a "changed locks and possessions in the front yard" type of divorce. The split doesn’t become official until the UK formally invokes Article 50 of the Lisbon Treaty, which begins a two-year process of negotiating terms of withdrawal. Exiting Prime Minister Cameron said that he plans to leave that task to the next prime minister, delaying the process even further. EU laws and treaties will still apply until the UK formally exits.

The next step lies with the 27 remaining EU countries and the terms they will extract from the UK for leaving the EU. A Saturday meeting of top EU diplomats suggests that EU leaders want the transition to take place as quickly as possible to avoid extending uncertainty.

It would be best for the world economy if the EU negotiated a relatively smooth exit — but do officials in Brussels really want to leave the impression that it's relatively painless to leave the EU? That seems unlikely. Expect negotiations to be fairly contentious, producing periodic market volatility as specific trade situations are resolved and winners and losers are revealed.

UK negotiators will have quite a task meeting their citizens' expectations. For example, with immigration being of such concern, how will free movement be handled? Work and travel restrictions within the UK could be reciprocated by EU nations, backfiring on ordinary citizens.

Now that Brexit is upon us, years of difficult decisions lie ahead for the entire world. Brexit reflects a growing sense of nationalism and skepticism of government organizations worldwide. European unity could face an existential crisis over the next decade, while economies and businesses worldwide must deal with a slowly shifting set of rules.

From an economic standpoint, the most positive thing that can happen is for trade deals to be swiftly re-established between Britain and the EU, and with other sovereign nations. However, even the most cut-and-dried trade deals often take years to formalize. Going forward, businesses dealing with Europe and the UK will have a difficult time predicting their future costs, sales, and other important operating factors, thus short-term uncertainty will prevail in many aspects.

That uncertainly will have effects in the US that last longer than initial stock market losses. Interest rate hikes by the Federal Reserve become even less likely, as it will take a greater streak of positive economic information before the Fed is willing to act. Volatility in stocks is likely to continue as markets react to each announcement of Brexit details, both positive and negative. Money is likely to continue flowing into the safer haven of US Treasuries. Consequently, the dollar will likely stay strong while the Euro and the pound seek a new equilibrium point.

There may be parallels between the Brexit and the U.S. Presidential election, thanks to the similar dominant issues of immigration and trade, but the manifestations may be different.

In the US, the discussion is not on limiting the federal government; it's on how it should be directed. Clinton prefers incremental expansion, Sanders prefers massive expansion, and Trump is all over the map with a mix of small and large government concepts.

The battle lines are similar, but different enough that Brexit should have a limited effect on the US election — although predicting this election has so far been a fool's errand.

In short, the only thing certain in the short-term is uncertainty. Brexit is the latest high-profile example.

The Brexit represents uncharted territory, uncertain by definition — and uncertainty undermines markets. It's hard to see how world economic growth can be anything but weakened by this move in the short run.

As a result, your 401(k) and IRA accounts may take some short-term hits or remain stagnant. If you are close to retirement age, you may prefer to shift your portfolio a bit toward safer liquid positions. If you are behind in funds for your imminent retirement, you need to make decisions on whether you can tolerate more risk for potentially higher short-term return or whether to adjust your retirement plans to account for a potential decline in your funds.

Regardless of the short-term aftermath of Brexit, if history is any guide, stocks will rebound in the long term. Investors who are not near retirement may therefore be wise to maintain a balanced portfolio that meets individual return and risk requirements. Observe events constantly, re-evaluate periodically, rebalance occasionally, and overreact never.

This article was provided by our partners at MoneyTips.com. Related stories:
From The Grexit To The Brexit
European Migrant Crisis Costs
Brexit May Cause Mortgage Rates To Drop