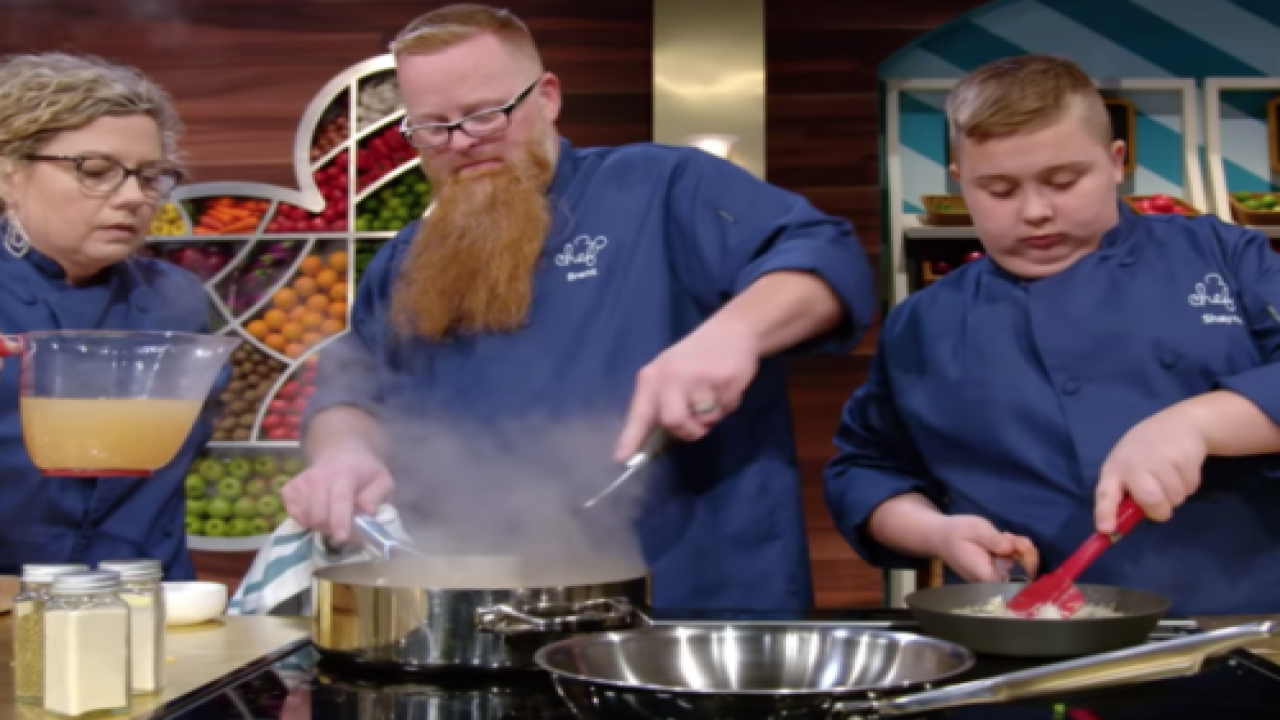 Disney fans, get ready for another intriguing addition to the Disney+ lineup. In the spirit of “The Great British Bake-Off” and many Food Network shows, “Be Our Chef” will debut March 27.

The streaming service’s latest show pits five cooking families against each other as they serve up Disney-inspired dishes. Real Disney chefs judge the episodes and the winners will get one of their dishes served at Disney parks across the world.

Check out the official trailer below.

Each episode of the show involves two families cooking recipes related to both their own traditions and “the magic of Disney,” according to a press release. The finalists are challenged to “create a dish that represents their family through a Disney lens.” Interesting.

This first glimpse of “Be Our Chef” offered up by the trailer above shows plenty of classic cooking show “drama” — small fires, failed foods, time ticking down.

But this show is set apart by its family appeal. We just love seeing kids and parents working together in the kitchen to create something incredible. And the chance to see the development of a recipe that might be served up in the parks on our next trip? Pretty cool.

If cooking shows aren’t your bread and butter, another Disney reality show serving up fresh episodes in 2020 is “Disney’s Fairy Tale Weddings.” The show features couples who get engaged and married at Disney parks around the world. The first season — which originally appeared on Disney’s Freeform channel — and initial episodes of season 2 are already available to stream on Disney+.

What do you think? Do Disney-themed foods presented in a cooking competition format seem like the perfect pairing? We can’t wait to tune in.