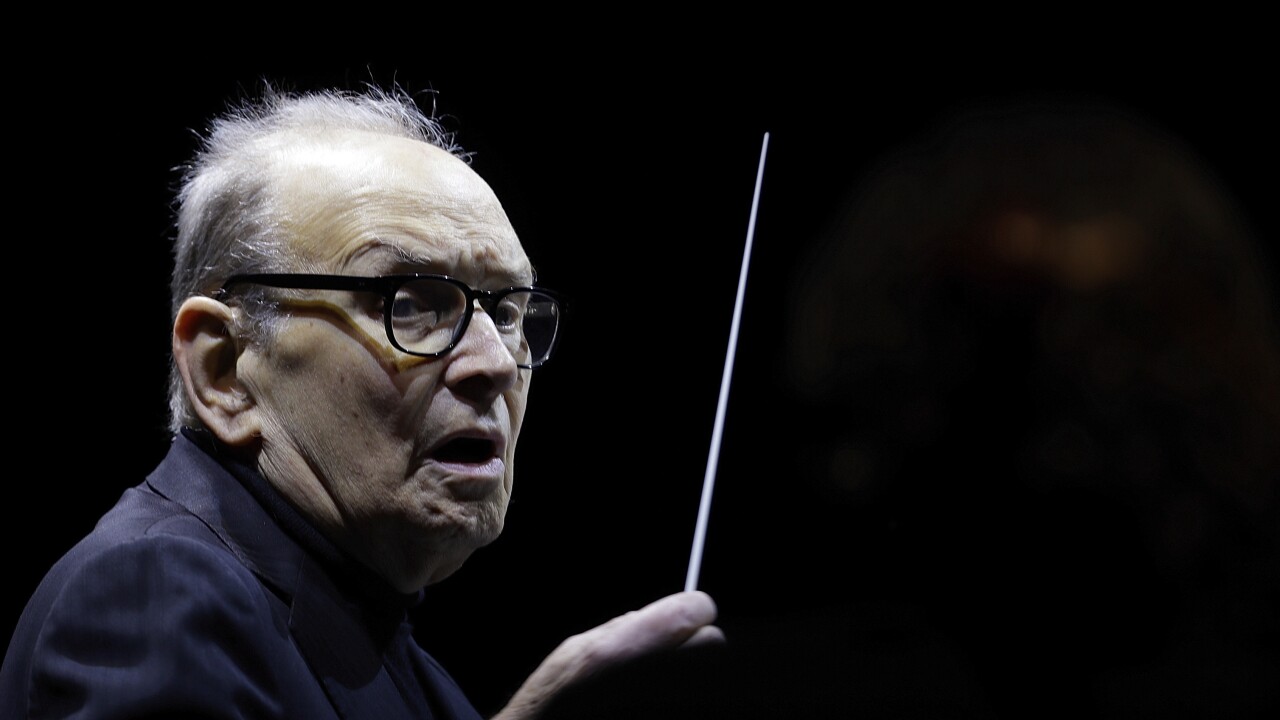 Copyright 2018 The Associated Press. All rights reserved.
Luca Bruno/AP
FILE - In this file photo dated Tuesday, March 6, 2018, Italian composer Ennio Morricone directs an ensemble during a concert of his "60 Year Of Music World Tour", in Milan, Italy. Morricone, who created the coyote-howl theme for the iconic Spaghetti Western “The Good, the Bad and the Ugly” and the soundtracks such classic Hollywood gangster movies as “The Untouchables,” died Monday, July 6, 2020 in a Rome hospital at the age of 91. (AP Photo/Luca Bruno, file)

ROME (AP) — Italian composer Ennio Morricone has died at the age of 91.

Morricone created the coyote-howl theme for the iconic Spaghetti Western “The Good, the Bad and the Ugly” and the soundtracks such as classic Hollywood gangster movies as “The Untouchables.”

During a career that spanned decades and earned him an Oscar for lifetime achievement in 2007, Morricone collaborated with some of the most renowned Italian and Hollywood directors, in movies including “The Untouchables” by Brian de Palma, “The Hateful Eight” by Quentin Tarantino and “The Battle of Algiers” by Gillo Pontecorvo.

In total, he produced more than 400 original scores for feature films.