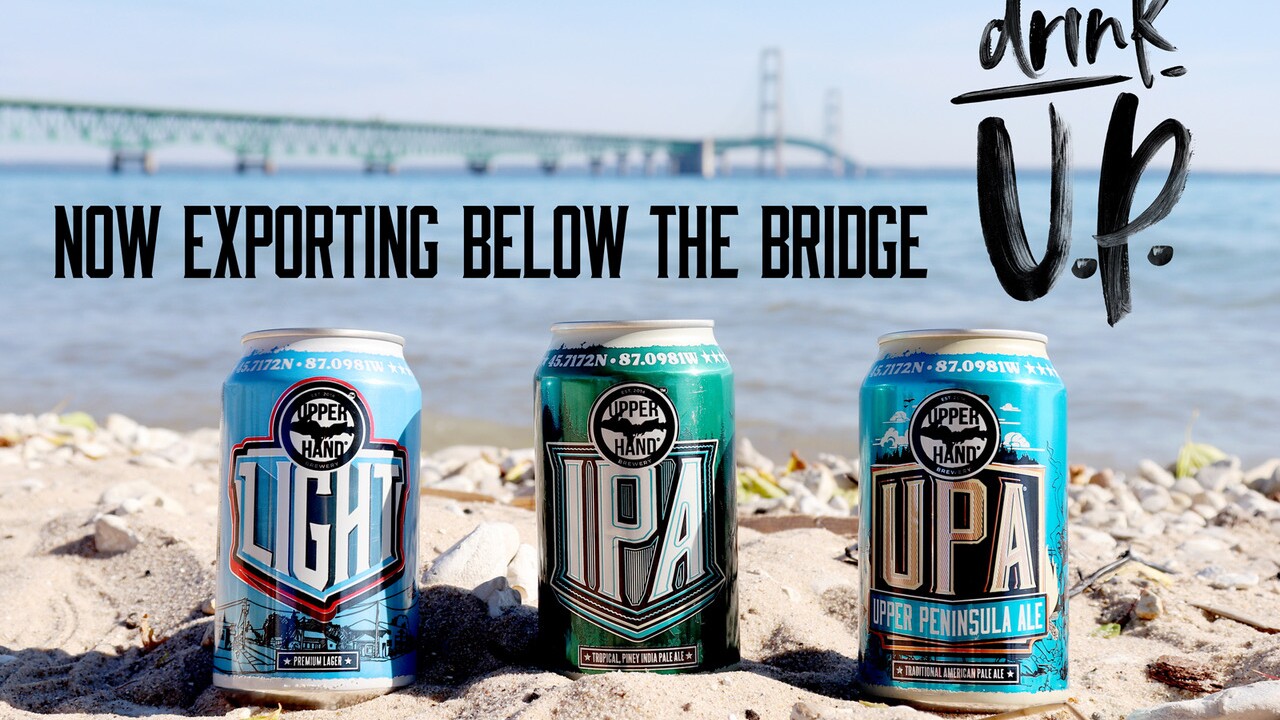 Upper Hand Brewery, a division of Bell's Brewery based in Escanaba, will begin distributing its beer in the Lower Peninsula this fall, the brewery announced on Thursday.

“When we started this adventure more than five years ago, we wanted to give everyone another reason to come and enjoy the beauty and culture of the U.P.,” said Larry Bell, founder and president of Bell’s Brewery. “That mission has not changed. We are just sharing more of what makes the Upper Peninsula special and will hopefully entice more people to make the trek up here and experience this beer where it’s meant to be enjoyed.”

Originally, the brewery will distribute to a few counties in the northern Lower Peninsula in September with Griffin Beverage and H. Cox & Son. Three beers will be distributed – UPA (Upper Peninsula Ale), Upper Hand IPA and Upper Hand Light.

“Every can, every pour, is another invitation to that experience. Our goal is still to bring people up north. Now, everyone will have one less excuse not to sample a taste of what the U.P. has to offer,” Bell added.

Upper Hand will ship initially to Northern Michigan in September, where Griffin Beverage and H. Cox & Son will handle distribution. Additional distributors and territories will follow in 2021.

Since opening in 2014, the brewery said they have been getting requests to ship below the Mackinac Bridge.

The goal is to make sure existing bars, restaurants, stores and distributors have access before moving ahead, and now, the brewery is confident is can expand.