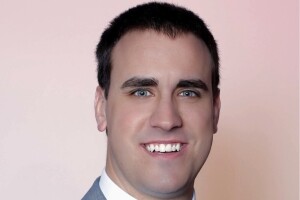 Brett is excited to be part of the Fox 47 team!

Originally from Waterford in Oakland county, Brett is very familiar with the weather here in mid-Michigan.

Brett graduated from Central Michigan University with a Bachelor’s of Science in Meteorology. Following that, Brett spent a number of years at TV stations in both Texas and Ohio.

While in Texas, Brett was awarded the Certified Broadcast Meteorologist designation from the American Meteorological Society. Brett has also been awarded an Emmy from the Ohio Valley Chapter of the National Academy of Television Arts & Sciences for Weather.

Brett is married to his beautiful wife Kelsey. They have two children, Matthew and Mackenzie. They’re thrilled to be back closer to family in Michigan and are glad to be part of the Fox 47 team.