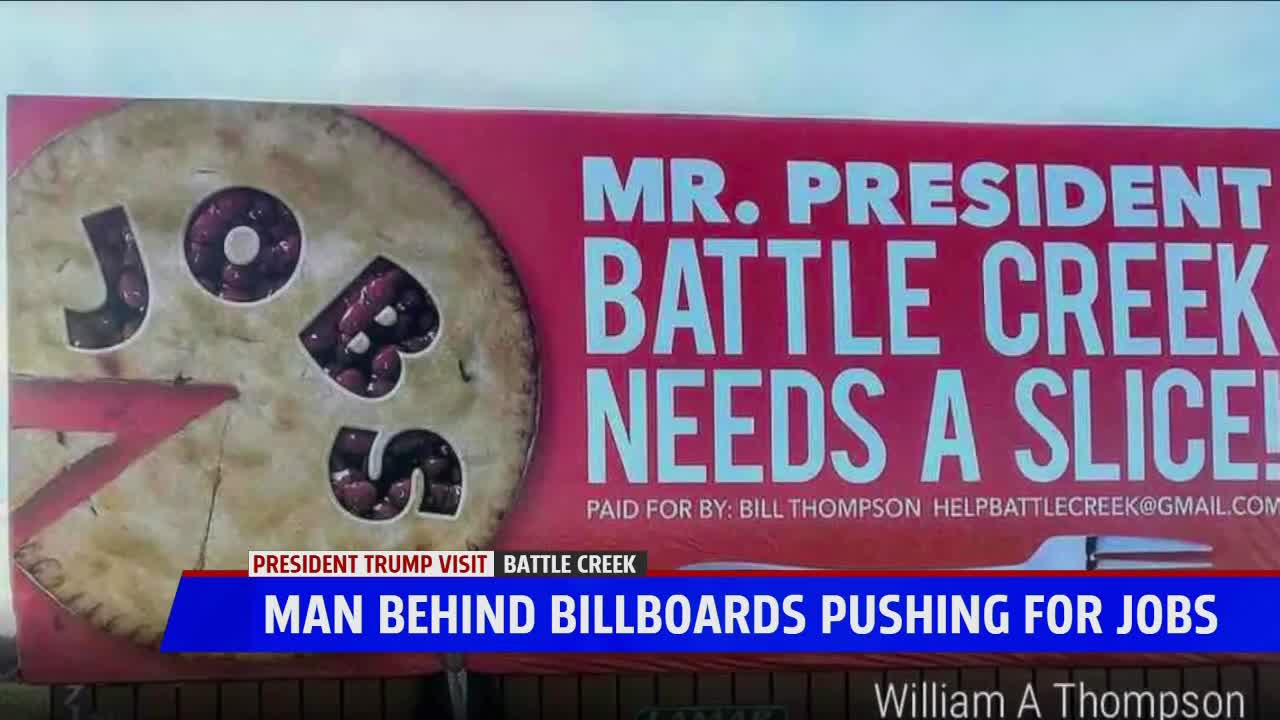 In January 2018, William Thompson created a few billboards to lure jobs to the area. He placed them around town and paid several thousands of dollars to keep them up.

Months later, during the summer, he created another one specifically for President Donald Trump. It was a picture of a cherry pie with the words "JOBS" in it and next to it was the caption "Mr. President, Battle Creek needs a slice."

“The idea of the billboard was to try to get some higher wage paying jobs to come to Battle Creek,” Thompson said during an interview at Troxel Realty where he works as a broker. “Battle Creek needs a game-changer, something of that nature and I thought if I got the attention of the president maybe he can make something happen.”

Thompson said he doesn’t know if the president ever saw the billboard. However he wondered if it may have been a factor in his decision to hold a campaign rally in Battle Creek next Wednesday.

“It’s a possibility,” Thompson said about Trump seeing the billboard. “It’s a little hard to not notice a 57-pound box sent to you with a billboard in it.”

Thompson said at the end of summer 2018, he took the billboard down. When he didn’t hear a response from the White House, he decided to mail it to them.

“I decided to box up one of the billboards and I mailed it to the president on Dec. 26 of last year,” Thompson said. “And he’s coming to town so I’m happy.”

Thompson said he’s planning to attend the rally next Wednesday at Kellogg Arena. He hopes the president talks about employment and that he ultimately brings jobs back to the city.

“Jobs is doing really well throughout the country but we need something in Battle Creek that could be a game changer,” he said. “Something that’s significant with a higher wage.”