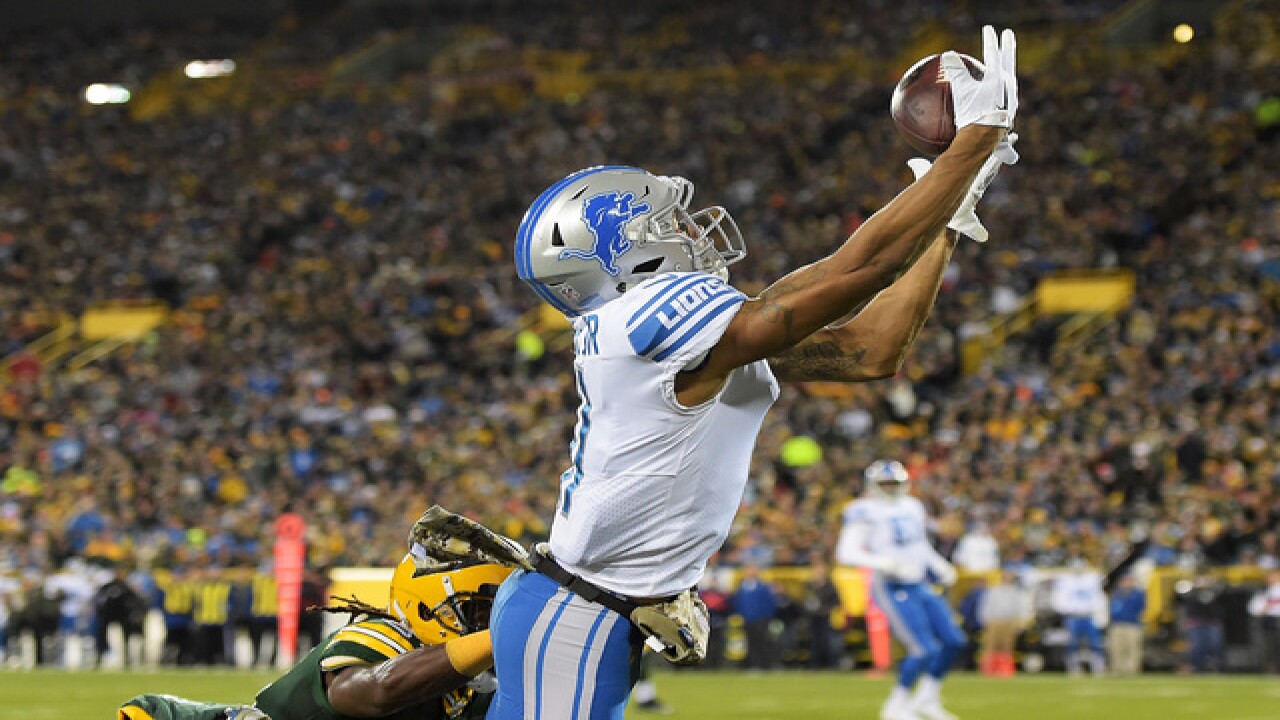 The team announced the move Monday. Jones has missed the past two games with a knee injury.

Jones’ absence leaves the Detroit receiving corps down another player. The Lions traded Golden Tate earlier this season. Second-year receiver Kenny Golladay has been impressive and figures to be the team’s most dangerous target the rest of the season.

Jones has 35 catches for 508 yards and five touchdowns this season.